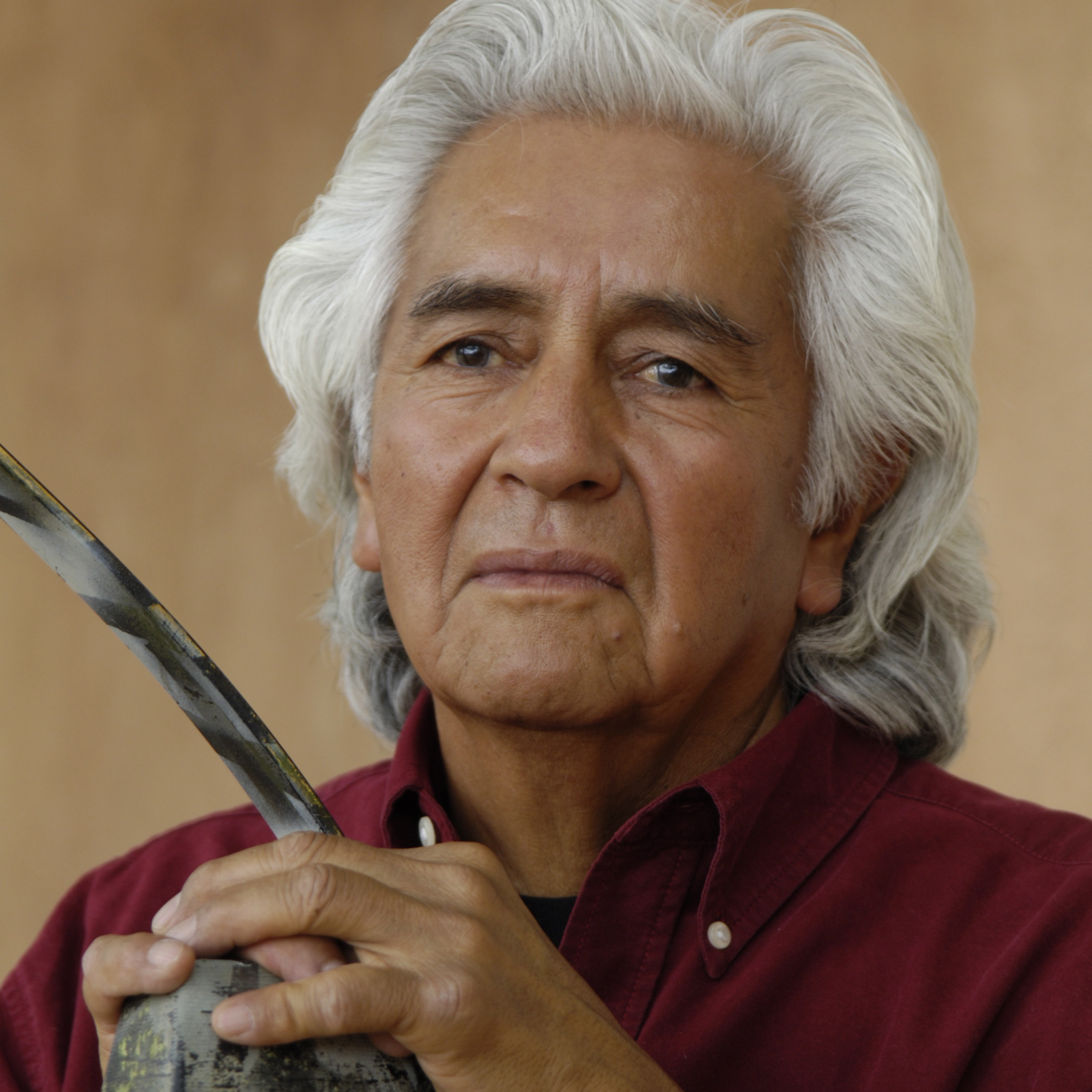 Larry Littlebird (Laguna/ Santo Domingo Pueblo) is a strong Native voice in his multi-faceted work as a master storyteller, filmmaker, artist, author and social activist.  He is the Founding Director of Hamaatsa where he shares oral tradition story camps and contemplative spiritual retreats for inspiring transformative leadership and social action. His signature experiential land based programs have had a profound impact on people’s lives, globally, nationally and locally. Learning to Listen© is a provocative spoken word experience that Littlebird presents as a keynote speaker and custom tailors for group retreats and conferences.

As a creative artist, Littlebird’s breadth of experience spans five decades. He was a founding board member of Robert Redford's Sundance Institute and the lead in the feature motion picture, House Made of Dawn based on N. Scott Momaday's Pulitzer Prize winning novel. Declared a watershed moment in the history of Native filmmaking, the film has been archived by the Smithsonian National Museum of the American Indian. For PBS, he has directed I'd Rather Be Powwowing (1983), an all-Native production for the series, Matters of Life and Death and episodes of The Real People (KSPS-TV), one of the earliest television documentary projects made by Native American directors and crew.

Littlebird founded the performing arts troupe Coyote Gathers His People, which toured nationally for two years.  He provided creative direction and was the lead performer in, Be Quiet, Sit Down and Listen: A Native American Sound Quest, an award winning cross cultural feature-length documentary film for Japanese public television which records the journey of a renowned Japanese composer through the Southwest.

Littlebird is the author of Hunting Sacred-Everything Listens, A Pueblo Indian Man’s Oral Tradition Legacy, which introduces readers to a timeless story of living in correct relationship with all life and is Littlebird’s personal legacy of story, song and art from his rich oral tradition.

His legacy continues on the lands of Hamaatsa, an indigenous continuum – story gathering place and sustainable living farm he co-founded with his wife Deborah, where he celebrates an indigenous holistic way of life.