In Memory of Andrew Lorand

We welcome contributions to this page. Please email rebecca@biodynamics.com if there is anything you would like to share.

Andrew Lorand was a biodynamic consultant, teacher, and author. On the 16th of June, he died of the late episodes of a stroke that had tied him to bed last year. Born in 1957, he began biodynamic teaching in Switzerland in 1973. This time should shape his life. After completing his apprenticeship and training in cheese making, he worked at different Demeter farms before studying agriculture. He graduated in the US (Penn State), where he promoted agrarian education and biodynamics. Afterwards, he was lecturer for organic farming at two universities and led biodynamic training in the states. At the same time, he was engaged in the burgeoning CSA movement in the USA and helped spread the concept of solidarity farming. In California, he found his future focus: biodynamic viticulture. Subsequently, he advised renowned wineries in the US and Europe and closely followed the "respected Biodyn" group, founded in Austria. As a serious and original lecturer, he was particularly interested in a spiritually guided approach to biodynamic agriculture: the effects of the cosmos and the orientation through meditation were, of course, a part of sustainable agriculture. Based on this, he developed a therapeutic-diagnostic view of the plant as a whole, he worked to make agriculture as an organism and individuality comprehensible and manageable. His legacy is alive in a book and online courses, developed with his wife Kati, (www.triptolemos.net). He not only left his beloved wife (Kati) and children (Jonathan and Elisabeth), but also many people who were inspired by him.

After life there is a point where death can decompose things through entropy into water, organic material and minerals/salt in nature. However there is a very important decision point in this process, a recombination of things can happen with the right conditions like warmth, air, moisture, earth elements into humus, where the organic matter, water and minerals can be transformed into humus. Life can start again. Humus is the best basis for seeds to germinate in and become healthy plants. It is a reservoir of nutrients, water and mineral salts in a very available form for most plants. 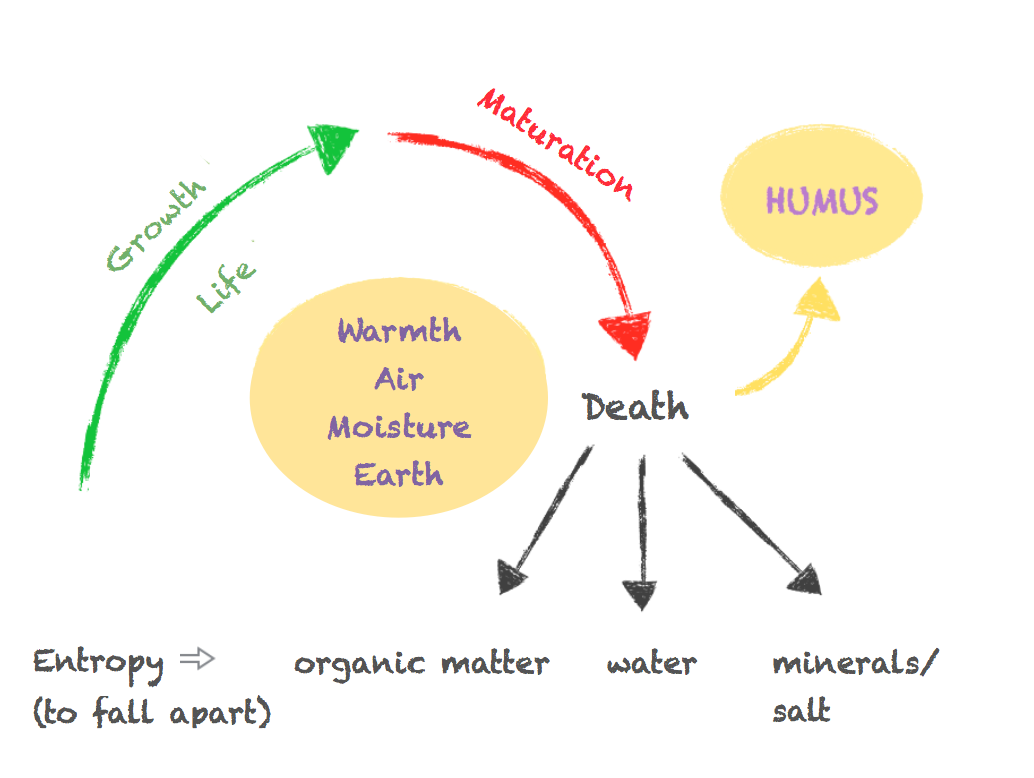 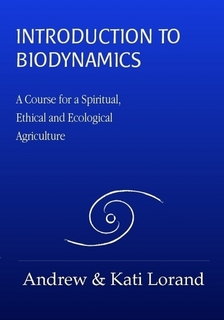 Andrew and Kati have created a book series that offers "a fresh introduction to biodynamics based on forty years of practical experience and meditation" that is "simple and comprehensible, step by step." The first of these books is available through a link on their website. 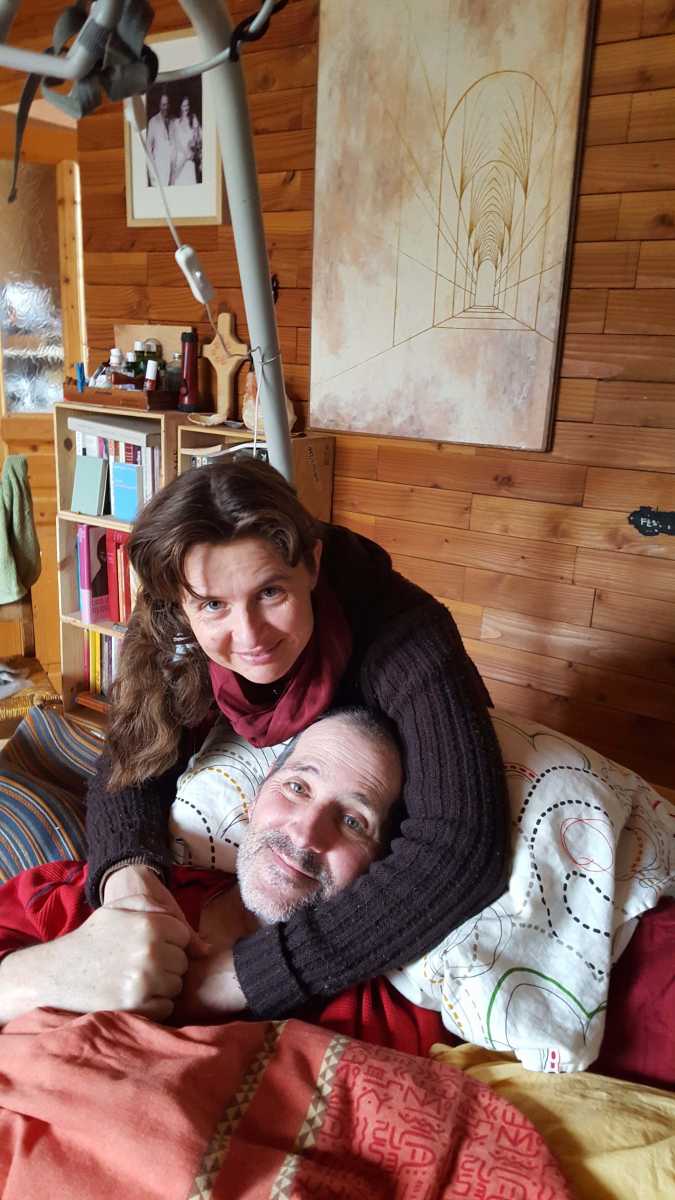 Prickly, demanding, restless, committed, rigorous, intellectual, thoughtful and loving. All are adjectives which come to mind to describe Andrew Lorand. He struggled with the inability of his clients to rise to the beautiful standards that he expected of himself and of them. As a teacher, Andrew had an unique gift for placing biodynamic agriculture as a paradigm in the greater context of traditional, industrial and modern alternative agricultures. For those coming from the conventional agricultural world, Andrew was a beautiful bridge upon which to make the crossing. In my mind he is part of the generation of biodynamic practitioners which included Alan York, with whom he had a bond, and Peter Proctor. They were instrumental in keeping biodynamics alive and growing before the bloom of the last several years.

The courses which Andrew gave to his biodynamic viticulture clients during the last twenty years of his life were electrifying. In the mid-2000s he organized an extraordinary biodynamic retreat for his European clients in the Austrian Alps, which I was blessed to attend. It included anthroposophical presentations from the worlds of music, Eurythmy, Waldorf education, and more.

Andrew’s health crisis involved a great deal of pain and many challenges.  His wife Kati was a rock of support always. Great grace was bestowed upon him during those challenges, every ounce of it won by his own struggle. Travel well, my friend. To the very end you pushed the standards higher. Hold them there. We will try to keep up. 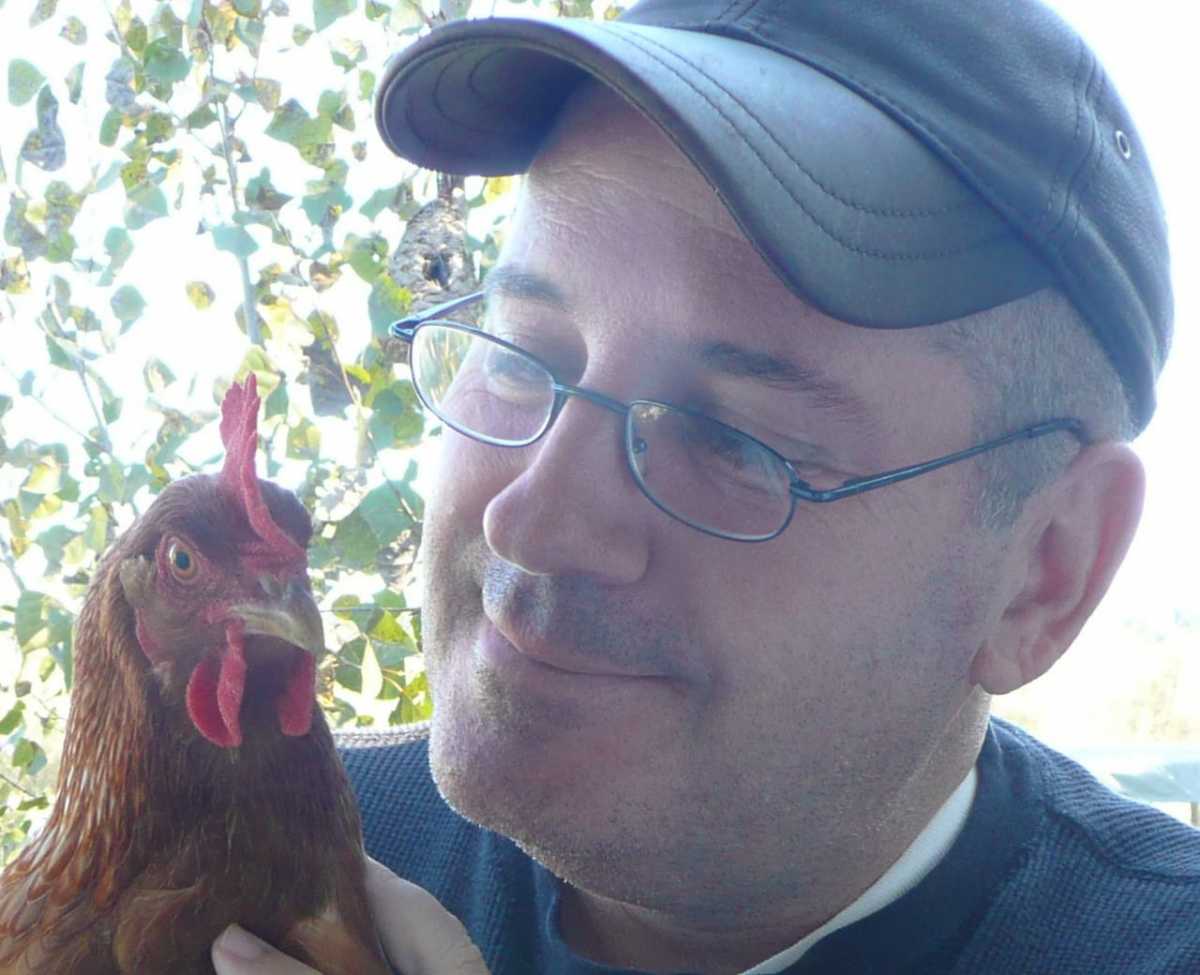 Selected articles by Andrew Lorand from the Biodynamics journal 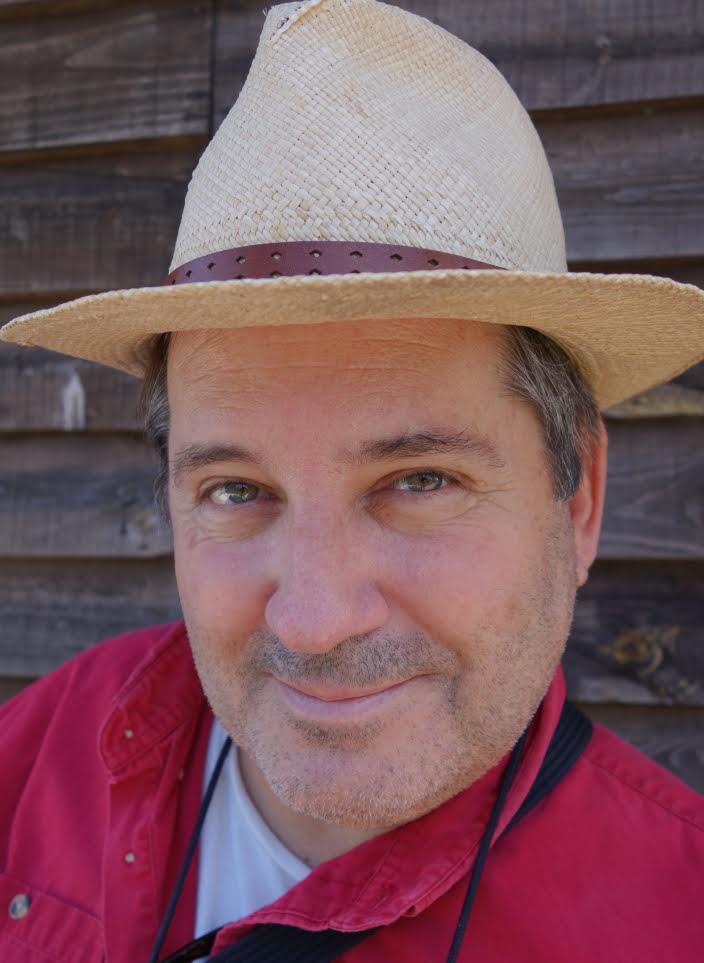 With the passing of Andrew Christopher Lorand, I feel that a mighty and fiery spirit has left the earth and moved his field of action to the spiritual world where I am confident he will continue glow forth and shine fresh impulses into the biodynamic community and beyond. Andrew was an important mentor, colleague and friend to me and so many in the biodynamic community.  Born exactly thirty-three and a third years after the Agriculture Course, Andrew’s whole being was profoundly imbued with the fire that was lit in that remarkable week of Whitsun in 1924. When speaking with Andrew one felt as though he had been an intimate witness to those founding events and his deep knowledge and esoteric insights into the history of the biodynamic movement proved invaluable to me as I took on the role of leading the Biodynamic Association In 2008.

Andrew was ever the pioneer, helping birth the community supported agriculture (CSA) movement in the 1980’s; serving as one of the earliest consultants to vineyards and wineries converting to biodynamics; teaching sustainable agriculture and biodynamics in academic settings; and starting one of the first CSA’s whose members had their share price partially reimbursed by their employer and health insurance company. His doctoral dissertation on biodynamics alone represents an intellectual achievement of immense relevance and great import for the future. Foremost, however, Andrew was an extraordinarily gifted teacher of biodynamics or “anthroposophical agriculture” as he sometimes preferred to call it. Andrew shaped his lectures, workshops and courses like a modern temple initiation, filling them with a beauty, esoteric depth and integrity that led many to profound soul awakenings as well as a life-long commitment to biodynamics. This courageous fighter for the truth and for the future of the earth will be deeply missed by many of us. Dear Andrew, I raise my soul like a chalice. my spirit like a sword to thee and humbly pray, my dear brother, that your wisdom and courage continue to flow into me and in the work of the biodynamic movement across the world for many years to come. 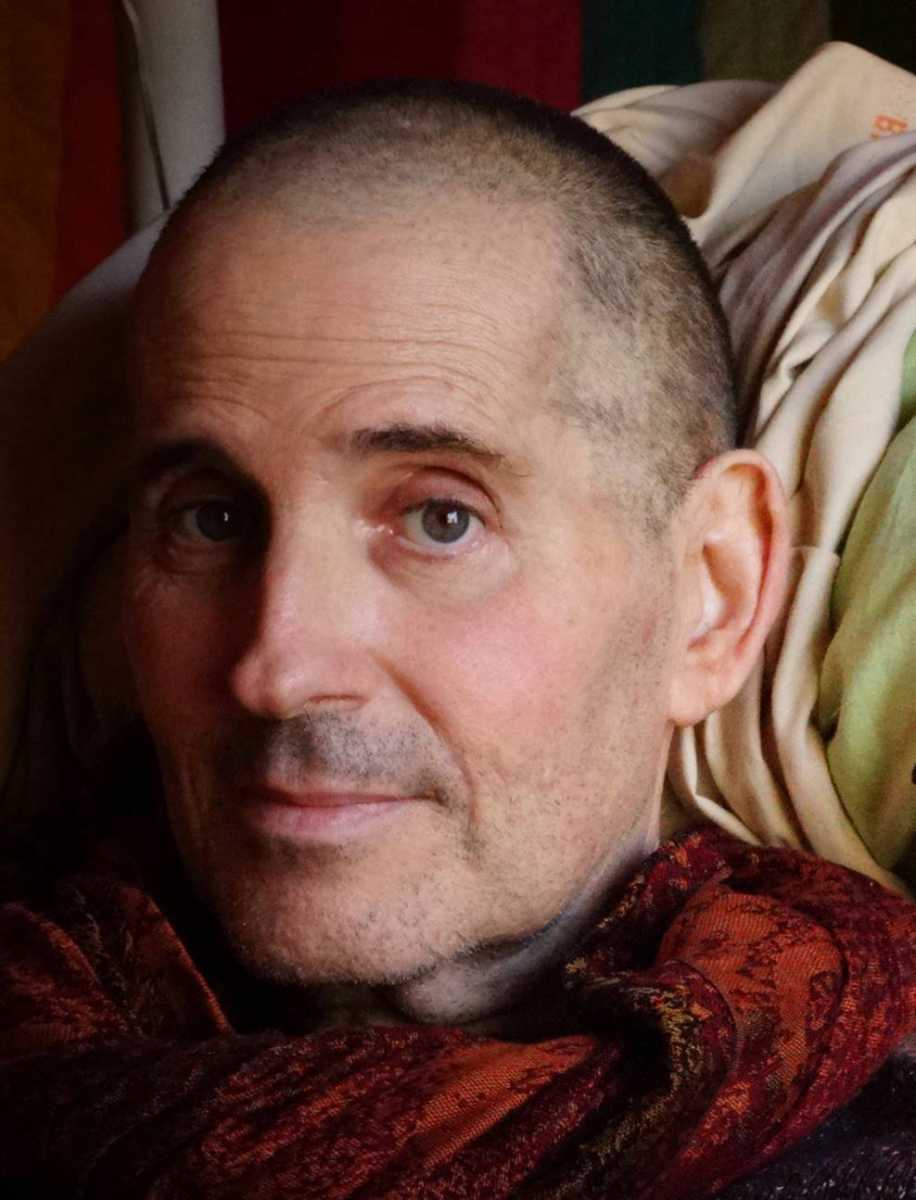 I wish to remember and honor my dear friend Andrew Lorand. We first met at Camphill Village Kimberton Hills, where I was a coworker with major responsibilities for the farm. Andrew had just moved there with his family to join the community. At that time there was an active agricultural apprenticeship course at Camphill and Andrew carried the impulse to teach and demonstrate biodynamic agriculture. The headquarters for the Biodynamic Association was located on a small farm in Kimberton then and Andrew wished to initiate a school for anthroposophical agriculture. In preparing himself for this task, he decided to enroll at Penn State in order to obtain a doctorate.

This impulse did not coalesce in Pennsylvania and eventually the Biodynamic Association moved its headquarters to San Francisco. Andrew was active for many years as a teacher for Biodynamics in Northern California at several institutions and began a consulting business in viticulture in California and in Europe. His approach was to remain true to the initial spiritual impulse of Rudolf Steiner and he would often connect his efforts to Lily Kilisko. He was a dynamic teacher with many skills and several of his lectures and study materials are now available on line.

In our conversations, Andrew spoke of the need for a biodynamic farm school that would connect to the foundations of a spiritual agriculture. This is the essential piece which he felt destined to develop. As his time in California was coming to a close, he reluctantly departed for Europe and attempted to create this endeavor in Portugal.  This was not successful and so he endeavored to bring this about in Provence, France. This was also not successful and during this process he had a disabling heart attack. He was lovingly nursed and accompanied by his wife Kati as he was left bed ridden for more than one and a half years. During this time Andrew went through remarkable changes.  He somehow was preparing for his work across the threshold and the future. I can see him now with a twinkle in his eye and a shy smile on his face as though he knew you.