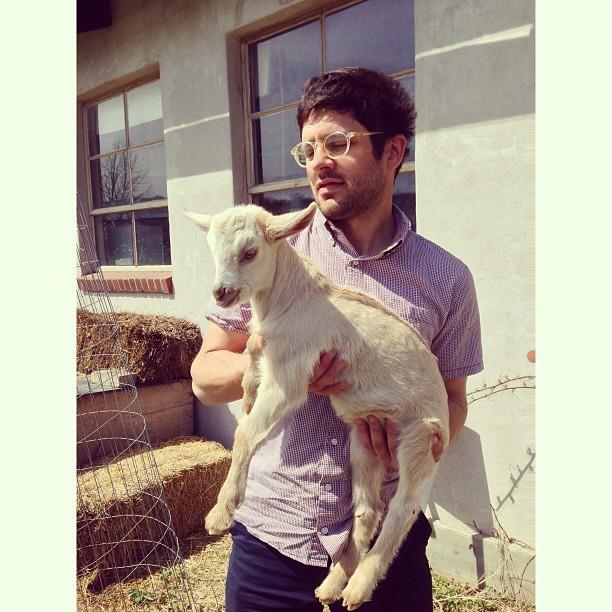 Thomas M. Arminio is a first generation farmer living in rural New York. He completed the North American Biodynamic Apprenticeship Program in 2015 and, starting in 2016, plans to work as a crop extension volunteer in Tanzania. Upon graduation Thea Maria Carlson asked Thomas to share his experiences and insights with us.

What inspired you to pursue biodynamic agriculture and participate in NABDAP?
I had four years of experience in organic agriculture before working in biodynamic agriculture and starting the apprenticeship program. During those four years, I observed several friends and coworkers attempt to start their own farm or agricultural enterprise and encounter all of the difficulty that comes with it. The support systems and cultural motivators that once made working in agriculture practical for many people seemed to have eroded. After discovering it and studying it further, I realized that biodynamics fills an important role for young farmers. Biodynamics integrates the farmer into a whole farm system that is intricate enough to include the cosmos, the mind, the soil, and compost into its worldview. I believe that biodynamics is the much-needed supporting modality for those who are new to agriculture.

Where has your journey taken you since you completed the program?
I am currently completing my third season on Remembrance Farm in Trumansburg, NY, a biodynamic farm specializing in salad greens production. In early 2016, I plan to move to Tanzania to work as a crop extension volunteer through the Peace Corps. I am inspired to work in international agriculture development because I believe that sustainable agriculture has the ability to alleviate poverty while simultaneously restoring and improving the soils of the earth and thereby improving the health and opportunities of its people.
What elements of your apprenticeship training have continued to be valuable to you?
For the past two winters, I attended the Biodynamic Intensives at the Nature Institute and Hawthorne Valley Farm in NY. These experiences were incredibly inspiring and centering and I would recommend that anyone who is interested in agriculture should attend. I spent most the four total weeks at Camphill Copake and was able to totally immerse myself in biodynamics, anthroposophy, and learn about the connection between the farmer and the farm, the crop and the animal, and the human and the cosmos.
What advice would you give to a young person who is interested in becoming a biodynamic farmer or gardener?
I attended the BD conference in Louisville and I would recommend attending the conference in Santa Fe as a starting point for anyone with an interest in biodynamics. I also gained a lot of knowledge by visiting other farms and observing more refined systems. I would suggest seeking out farm tours on biodynamic farms and, if possible, joining NABDAP.
What are you looking forward to?
I am looking forward to taking the knowledge I have learned over the past two years from all of my mentors, teachers, coworkers, and from biodynamics in general and applying it to the agricultural methods and approaches that I share abroad.