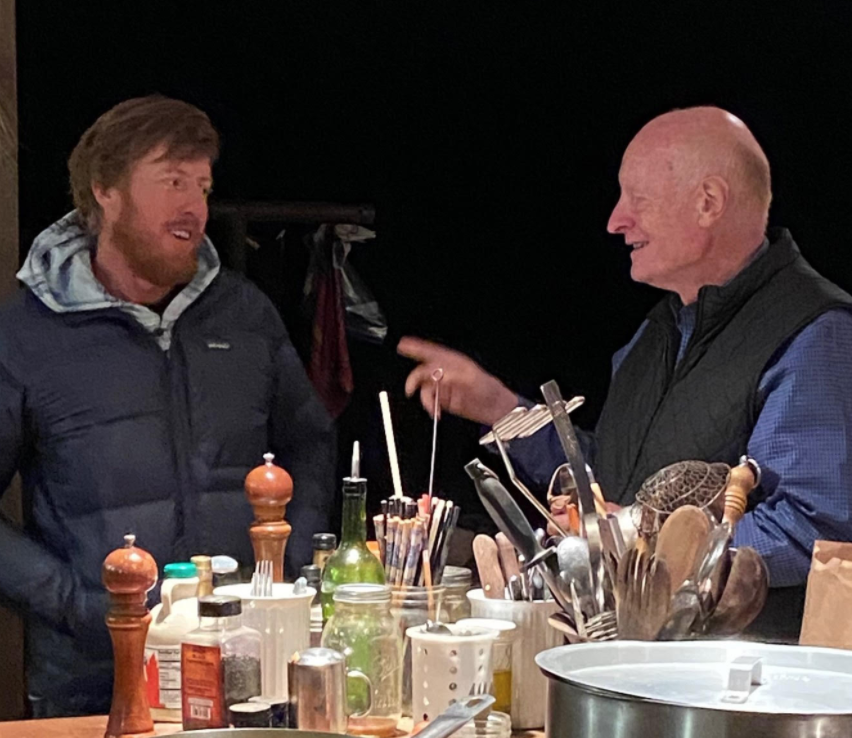 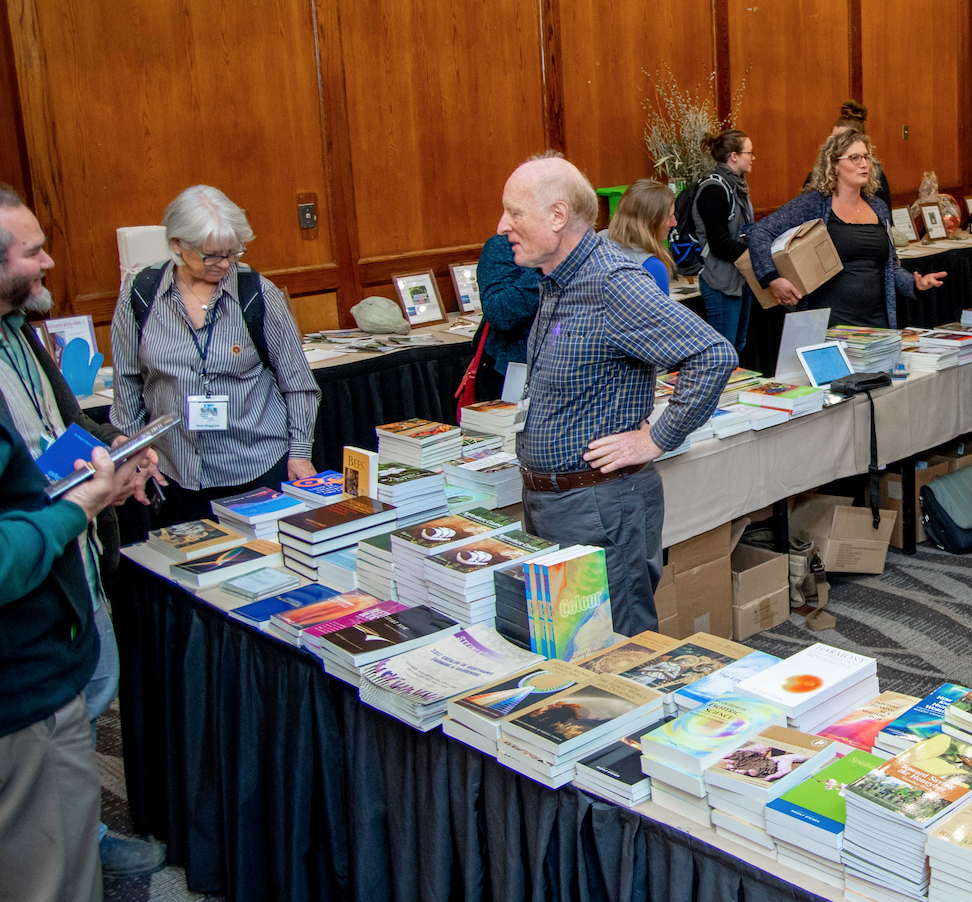 Beloved father of Lila, Murasaki, Jamie, and Colette; loving brother to Jim, Vincent, Paul, Peter, Bernard, Clare and John; devoted grandfather, uncle, mentor, friend, publisher, and anthroposophist. An inspiration and connector, he will be much missed. Memorial later in 2021; donations, in lieu of gifts, to the Children's Scholarship Fund (scholarshipfund.org (link is external))

For anyone who knew or ever encountered Gene, it will not be difficult to pause, look within, and behold him, livingly, in the soul space of recollection.

While it’s certainly true that each of us, as human beings, are “one-of-a kind,” a “species unto oneself,” still, there are those whose effortlessly intense one-of-a-kindness simply shines so brightly, radiates such warmth, that the sensibilities of the observer, the conversant, the beholder, can be dazzled by the energy and vigor of this radiant individuality. Such a one was Gene. The immensity of his spirit is and will remain a marvel and a joy, ever evolving. At turns dynamic, enigmatic, amusing, humble, serene, warm, wise, alive, these words are just a stumbling beginning of a description of the man.

It will be the task of others to write a fuller biography of his life, but here is a rough, tentative sketch. The fourth born of eight, Gene began this life on October 4, 1950, in the village of Guisborough on the edge of the North Yorkshire Moors, a place celebrated for the nearby ruins of the Augustinian Priory of Mary (1119), which may well have awoken a memory of monastic spirituality deep within him.

His path into anthroposophy and the work of Rudolf Steiner happened at a relatively young age, not far from his childhood home, and seemed from the start to be connected with both books and community. Back in Yorkshire after completing his studies at the London School of Economics, Gene sought a place to offer service as a volunteer and chanced upon the Camphill Community of Botton Village, where he was engaged as short term volunteer. He was immediately interested in learning more about this unique place and whatever it was that lay behind it. (As a foreshadowing of destiny would have it, he had already at this time literally stumbled across a eurythmy performance, in Basel, while visiting his brother Jim. They went in, were much amazed and not a little perplexed, but they liked it, especially Gene.) In my recollection of Gene’s telling me this story of his initial connection to Botton, he emphasized the warmth and welcome he received there, which he connected, in part, to the fact that he had at that time recently lost his mother. He was cared for at Botton, and the people he would meet there, such as Brian and Anna Rée, played a big role in Gene’s life story as a whole. It was here he first encountered the art and practice of biodynamic agriculture, a lifelong interest, and it was at Botton where he met the writer, researcher, and editor of Rudolf Steiner’s works in English, Paul Marshall Allen and his wife Joan Allen.

Paul Marshall Allen provided the connection and the introduction to Bernard Garber of Blauvelt, New York, real estate man and publisher of various imprints and initiatives under the “Garber Communications” umbrella, including the Free Deeds magazine, Spiritual Science Library, (the “original”) SteinerBooks, and others. Feeling himself drawn both to the United States and to publishing, Gene came over to expand his horizons and to work for “Bernie” (at $100 a week—not good even in those days). This was the beginning of Gene’s lifelong connection with and love of the business of publishing.

It was both anthroposophy and publishing, then, that brought Gene to the United States as a young man, and he remained connected and dedicated to both. Requiring at a certain point, better wages for his work, Gene left Mr. Garber (on very good terms) and entered the world of New York City publishing where he spent the next decades of his life working for various publishing houses, initially with a focus in religious publishing.

Later, while working at Continuum Publishing, he met his future business partner, Martin Rowe, with whom he co-founded Lantern Books, in 1999. Not long after the turn of the century, Gene, who was already also on the board of the Anthroposophic Press, took on the additional role of President and CEO of this non-profit corporation established in 1928 by Henry Monges, a growing business in the year 2000, but experiencing as well some pains of growth. He had, in a way, come full circle back to anthroposophical publishing. Still living full time in New York City with his family and co-managing the affairs of Lantern, Gene also energetically took hold of this company, immediately solving an urgent financial dilemma, initiating the annual Spiritual Science Research Seminars at NYU, bringing the name “SteinerBooks” to bear on the company (as a legal alias), and beginning his tireless travels on behalf of publishing, anthroposophy, and the practical work of spiritual science in the world—most notably, perhaps, for anthroposophically-extended medicine and biodynamics, but none were excluded.

He was genuinely interested in everything and every body, right up until the very “end,” which, as Gene well knew and often spoke of, is not, in fact, the end. Most recently, and perhaps presciently, Gene had taken an interest in the work of “Sacred Undertaking,” the art and practical skill of caring for the dead holistically and at home, informed by the knowledge of this transition as deepened and clarified by spiritual science. He assisted in a home funeral and carried the coffin of an acquaintance the day before he himself died.

I’m sure I speak for all of us at SteinerBooks, staff and board, past and present, when I say I will be forever grateful for the time I was privileged to spend with Gene. Our conversations, his advice, freely given, his deep connections to anthroposophy and the work of Rudolf Steiner, and his tireless work and advocacy for a more widespread knowledge and acceptance of Steiner’s work as crucial for the future of humanity remain imbued with the strength and truth of his conviction.

Gene, as is well known, was a world traveler with an unrivaled endurance for the road, the plane, the train, the car. He was never one to linger. His, to us, hasty and decisive exit from this mortal coil was, in its way, thoroughly characteristic. The mantras of encouragement he often bestowed on me and others of us at SteinerBooks, were both succinct and profound. Here are two of my favorites: “Don’t get stuck!” (i.e. keep moving forward with your work, don’t let mishaps, missteps, or mistakes deter you from forward progress in your life and in your work!) “You never know the future!” (i.e. destiny events have a way of helping us see more clearly, but these can be drastically unexpected: accept whatever life brings and keep learning from it!)

Dear friends, Today I am feeling tired. I will be laying low, dedicating my work for the next few days to the soul of Gene Gollogly, who crossed the Threshold on 7 January 2021. I woke up this morning from a dream of Gene wearing a giant book as a coat – His arms cut into the pages, the binder at his spine, walking around in a pale landscape, although he had no legs, it was just his book torso & his big crooked grin. Gene was a champion of my work, encouraging me to start this blog & to use my creative voice to enliven Spiritual Science, which he always believed needed to be lived into. We spent some good time together at the Fellowship of the Prep-makers Conference at Michael Fields, where he was a board member for many years. He was such a social being, flying here or there for this or that meeting; a hilarious storyteller, & I found out, a grand folk dancer. That weekend he was goading me on saying I needed to write a book. Well Gene maybe with your help from the other-side I can take that on this year.

Gene was a long time Anthroposopher, & friend to all; former director of Steiner Books, Anthroposophic Press, co-founder of Lantern Books, New York City Branch President, VP of  AMHF, board member to many organizations…The list goes on – Gene was a connector & helper to so many. Over the years, he brought his wit & wisdom to our Branch life in Chicago.

Reading to him and holding him in your heart would be a blessing for all.