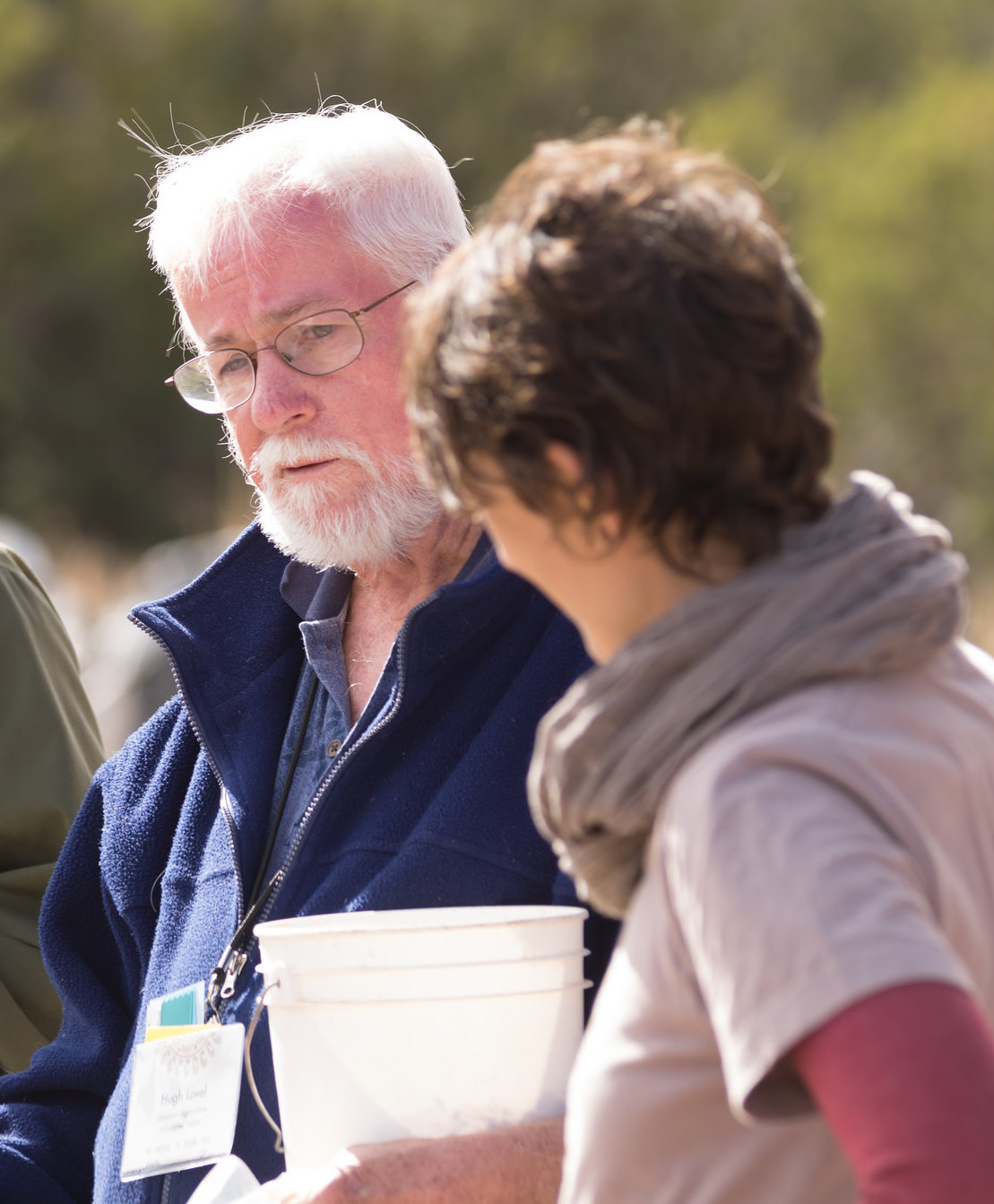 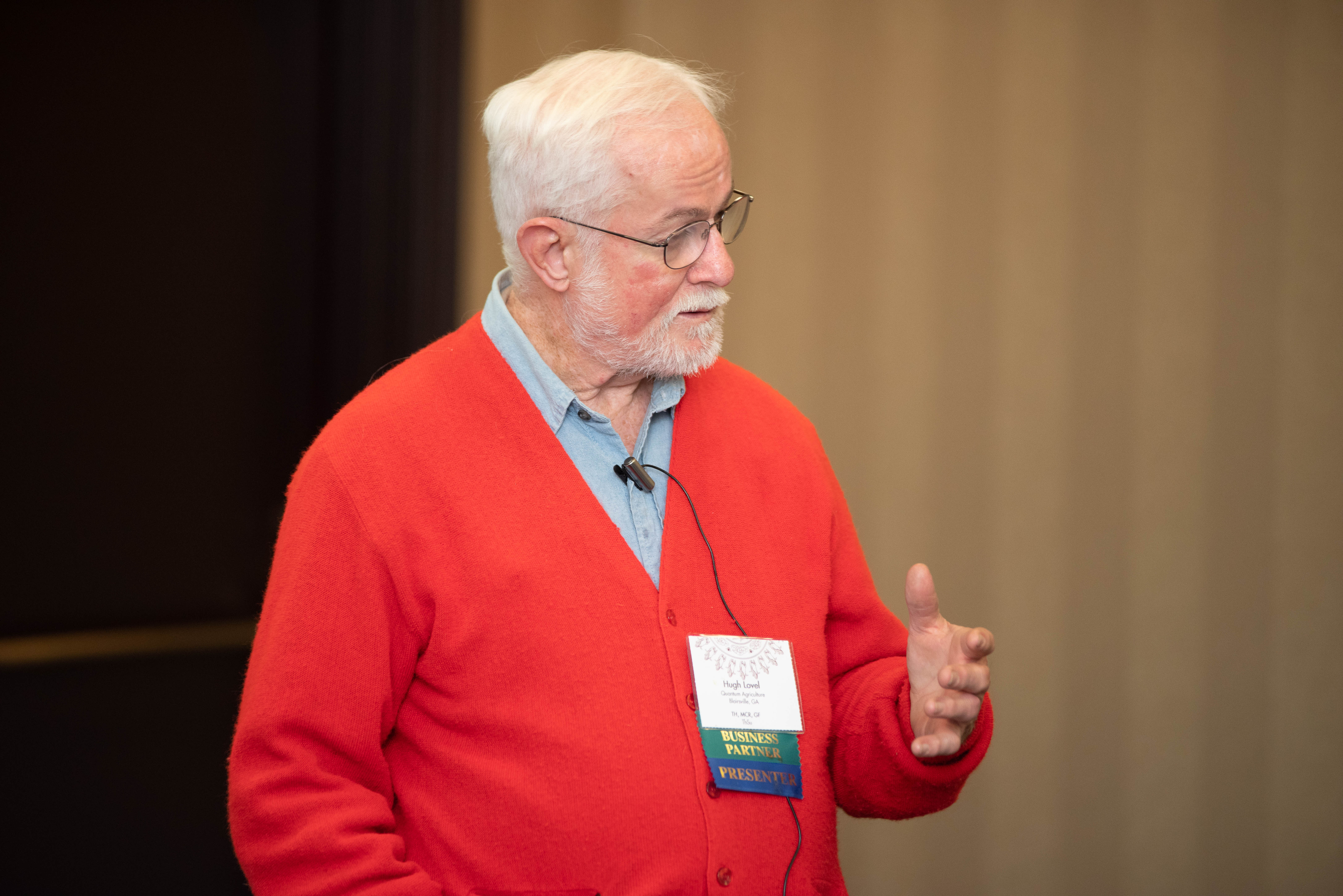 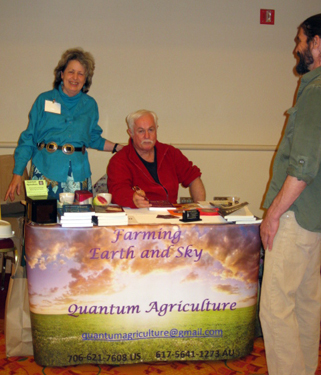 Hugh Mark Sten Lovel of Blairsville, Georgia passed away peacefully out of this life at age 73 on August 25, 2020, surrounded by his wife and loving family and lifetime friends Bill Miller and Catherine Monet at Birds Nest Retreat on Dockery Road.

Hugh was born on June 30, 1947 in Kirkwood, Washington, the son of the late Walter Lovel and the late Isabel Nels­on Lovel. Hugh was of the Episcopal Faith and a dedicated Anthroposophist who studied the teachings of Rudolf Steiner, the Austrian philosopher and founder of the bio-dynamic approach to agriculture.

Hugh co-founded the Southeast Biodynamic Conference in the late 1980s with mentors Harvey Lilse and Hugh Courtney and his longtime friend and collaborator, Jeff Poppen of Long Hungry Creek Farm in Red Boiling Springs, TN. This annual on-farm conference was held for 12 years in Blairsville before migrating to Tennessee. The 32nd annual conference took place last October 2019 at Jeff Poppen's farm where Hugh was on the program every year as a featured speaker.

A natural born teacher, Hugh was the author of two books -- A Biodynamic Farm for Growing Wholesome Food (1994) and Quantum Agriculture: Biodynamics and Beyond (2014) -- as well as numerous articles published in Acres USA, Acres Australia, the Biodynamic Journal, and other periodicals.
Hugh migrated to Australia in 2005 to teach and consult.

Hugh was internationally known for developing the theory and practice of Quantum Agriculture. Several of His unique contributions to this field include charting the Biochemical Sequence, designing and producing the Quantum Agriculture Field Broadcaster, and designing a new Agricultural radionic instrument for treating farms. Many of his lectures including parts of his Advanced Agriculture Course can be viewed on YouTube.

In lieu of flowers, please make any donations to the Biodynamic Association in Hugh’s memory. A celebration of Hugh’s life will be forthcoming and continuous. He now dwells in the spirit world about which he spoke passionately and drew upon in his work. Friends are also welcome to comment on Facebook group Hugh Love Tribute (link is external).

"Safe travels, sweet mentor and friend. You were a singularly unique being. Your gifts spanned the globe. You leave behind countless people and farms reclaiming their harmony with nature. I am grateful for all you’ve shared with me. I’m grateful for what your spirit will continue to gift us all. My heart is broken but I find peace in the idea that your insatiable connection to the cosmos has finally called your soul back home. All my love, until we meet again" - Darby Weaver

"In 2018, while volunteering at the ACRES USA Conference, I was fortunate to be there to help Shabari, Hugh's wife, unload his books from their vehicle. We talked briefly, and after rejoining with Hugh, I was introduced to Hugh, and we talked. I think either that same day or the next day I purchased Hugh's book, Quantum Agriculture, and had him sign it for me.

I was truly, "in the right place at the right time." I do not recall much our conversation, but I am fortunate to have met Hugh and Shabari. I have not finished the book yet but I dig Hugh's sense of humor and his writing style, and his insight into the world of agriculture that goes beyond the land. Hugh and what he brought to biodynamics will be missed." - Obiora Embry 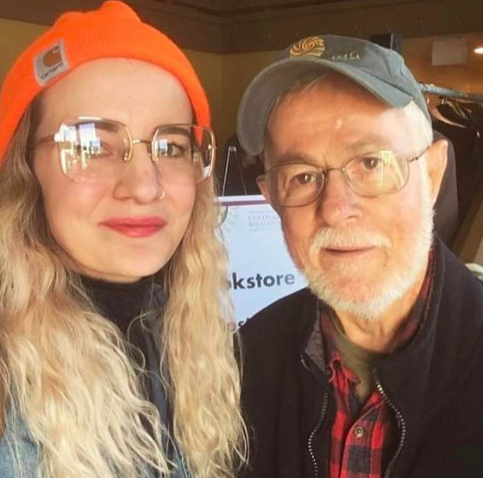 Hugh Lovel wrote a number of articles for the Biodynamics journal, starting in 1997. We are sharing a selection here, but appreciate hearing if there is something in particular that we should make available. Please email kaitlin@biodynamics.com with any suggestions.

Other Resources Developed by Quantum Agriculture

Hugh and Shabari have been so generous with their time and sharing of knowledge. We encourage you to check out their expansive video collection from over the years.