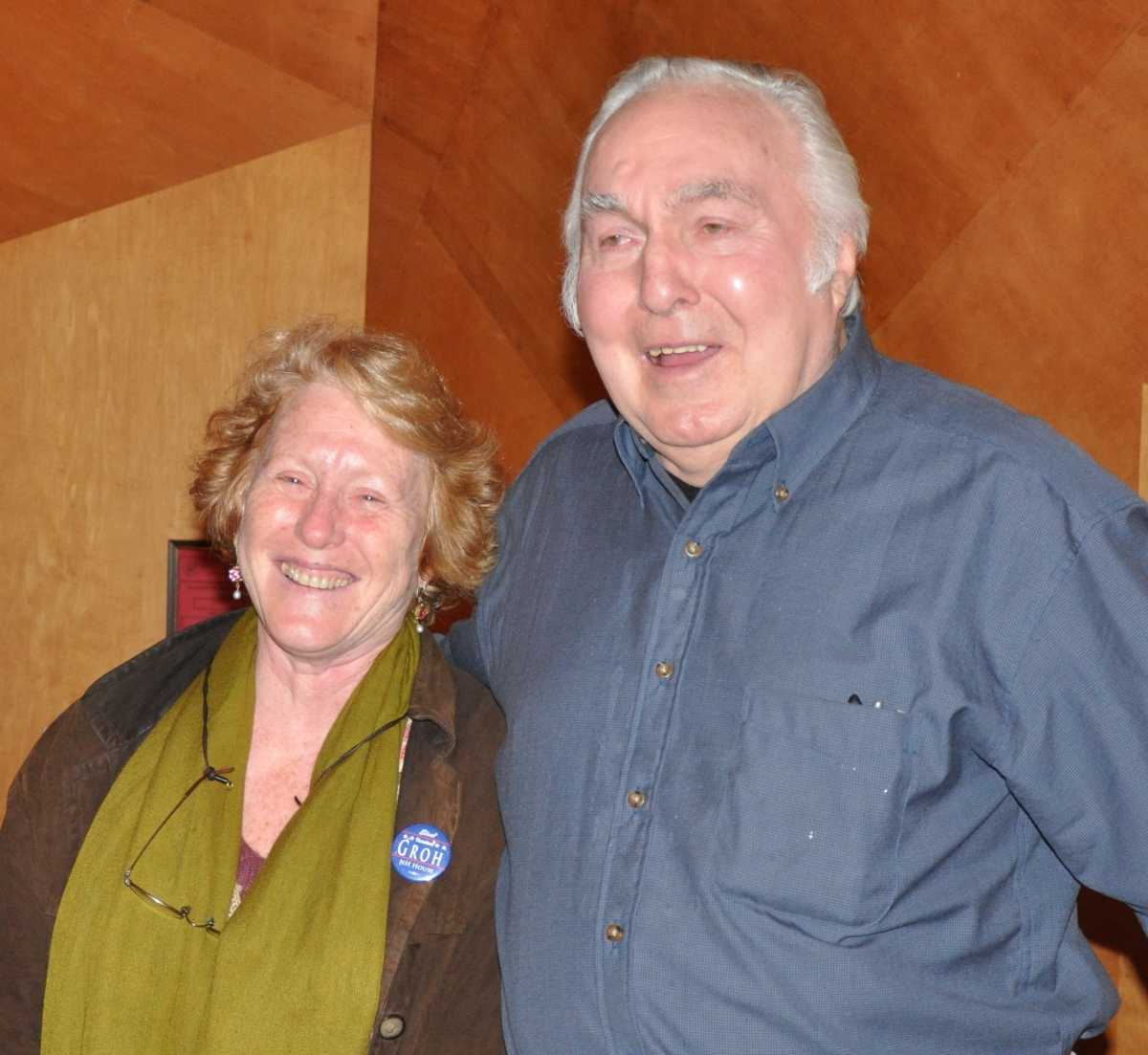 We are sad to report that Trauger Groh passed on Wednesday, July 27th at 6:00 am. In honor of his tremendous impact on the biodynamic and community supported agriculture movements in the U.S., we share this piece written by Steven McFadden for us in March (also shared on his site). McFadden co-authored Farms of Tomorrow and Farms of Tomorrow Revisited with Groh.

We also invite you to read several of the articles by Groh published in the Biodynamics​ journal over the years (see links at the end of this article).

Photo: Honoring Trauger Groh, with his wife Alice, at the 2010 Biodynamic Conference

In the late 1980s I had the good fortune to meet Trauger Groh in New Hampshire, and to engage wholeheartedly with him on the subject of farms and the fundamental role they play in human existence. It took only an hour or two for me to recognize that I was associating with an Agrarian Adept.

The word adept derives from Latin adeptus, meaning one who has attained the highest level of knowledge and skill in a field of endeavor. In olden times the term was applied to accomplished alchemists, or in a general metaphysical sense to an initiate who had mastered the Mysteries.

To me it seems altogether natural and fitting to attach adept as an epithet to convey respect to both Trauger and his wife Alice Bennett Groh, and to his longtime agrarian compatriots, Anthony Graham and Lincoln Geiger (a former officer of the BDA Board). Together they helped initiate a profound form of healing for land, plants, animals, and people: community supported agriculture (CSA). This form will endure, I feel, to benefit future generations.

Having worked most closely with Trauger over the years, I want to bring forward some words of appreciation for him and his contributions. He has been an important teacher for me, and for thousands of other people. A biodynamic farmer for over 40 years, Trauger has also lectured worldwide on farm-related issues, biodynamics, and anthroposophy. His presentations have informed and inspired people in beneficially enduring ways.

Beginning his career in northern Germany at Buschberg Farm in the 1960s, Trauger studied thoroughly the concepts of biodynamic farming and community co-op programs. In concert with his farm colleagues of that era, he actively cultivated anthroposophic and biodynamic understandings. Together they recognized that new economic, social, and agricultural forms were essential. Under the intensifying shadow of corporate industrial agriculture, they strove to create a wider, village-like arrangement based on free-will associations of households with the farm.

Trauger then brought his experience, insight, and leadership to the USA in the 1980s, where he made his contributions to the founding of CSA in North America. It’s now 30 growing seasons since Trauger, Anthony, Lincoln, and community initiated Temple-Wilton Community Farm in southern New Hampshire.

CSA arose in the world in response what might be termed a community-supported impulse, something that, as Lincoln Geiger once observed, was in the ethers 30 and 40 years ago. Many people were sensing and responding to that impulse with creative innovation. Trauger was among the first and most eloquent exponents of the emerging CSA concepts. 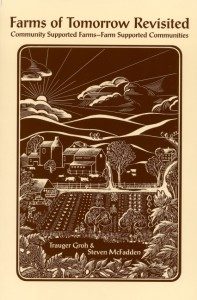 As I entered into a series of deep and far-ranging conversations with him, Trauger gradually articulated the core ideas that found expression not only in CSA farms, but also in the books we eventually co-authored: Farms of Tomorrow in 1990, and Farms of Tomorrow Revisited in 1998. Trauger insisted that both of those editions include the lengthy, but essential, subtitle: "Community Supported Farms, Farm Supported Communities". He wanted to emphasize the absolute importance of that reciprocal relationship.

Because so many of the ideas articulated by Trauger made a deep and lasting impression on me, and on the wider world as well, I want to rearticulate a few of them in capsule form. They are ideas likely to continue informing the world for years to come.

As Trauger later wrote in his autobiography (Personal Recollections: Remembering My Life and Those Who Mean So Much to Me, 2010), “That farms flourish must be the concern of everyone, not just the individuals working as farmers.”

The idea was for the community to support the whole farm, not just to be occasional consumers buying sacks of carrots, or lettuce, or squash. Rather than an agriculture supported by government subsidies, private profits, or martyrs to the cause, CSA pioneers strove to create organizational forms that would provide direct, free will support for farm and farmers from the people who eat their food. That way the farm is in a position to reciprocate and to support the community.

The efforts of CSA pioneers were aimed at the basic economy of finding ways to free farmers to do the tasks that are right for the farm, the people, and the earth. This remains a lofty ideal that farms and communities of today continue to reach toward, but it’s a concept often ignored nowadays by groups promoting CSA as a “marketing strategy.”

As Trauger recognized early on, there is fundamental goodness inherent in the coming together of human beings in community and bonded together by a group will to reckon intelligently with the great challenges before us: climate change, environmental degradation, economic instability, and social upheaval. May have recognized in biodyanmics a form of agriculture that goes beyond the cultivation of pesticide-free crops, and reckons also with the challenges of inner development. It is a service to humanity and to the earth.

As he has taught and written over the years, Trauger has elucidated and amplified Rudolf Steiner's observations concerning modern food lacking the forces that human beings need to develop moral impulses fitting for this era of history and for what lies ahead.

As biodynamic farmers understand, Steiner’s statements asserted that moral impulses are fundamental in human nature. He saw that a foundation of morality and goodness lies at the bottom of the human soul, but that over the course of evolution human beings have diverged from an instinctual foundation of goodness, allowing what is wrong, hurtful, immoral, and evil to be expressed. “This,” Steiner taught, “is a problem of nutrition. Nutrition as it is today does not supply the strength necessary for manifesting the spirit in physical life. A bridge can no longer be built from thinking to will and action. Food plants no longer contain the forces people need for this.”

Taking this up as a part of his life work, Trauger engaged the issue with resolve: “How can our diet support not only our physical health, but also the development of our spiritual faculties so that they function in the best way?” Farmers have the potential to bridge earth and sky since they can influence the drawing down of cosmic forces and the drawing up of earth forces. Biodynamics strives to engage this interaction intelligently.

Trauger has actively and adroitly advanced the case of biodynamic agriculture, and helped greatly in the striving to re-establish the concept of agriculture serving to cultivate a world permeated by life and a life-giving spirit. Biodynamic farming seeks to restore and enhance these forces for the good of plants, animals, human beings, and the earth. 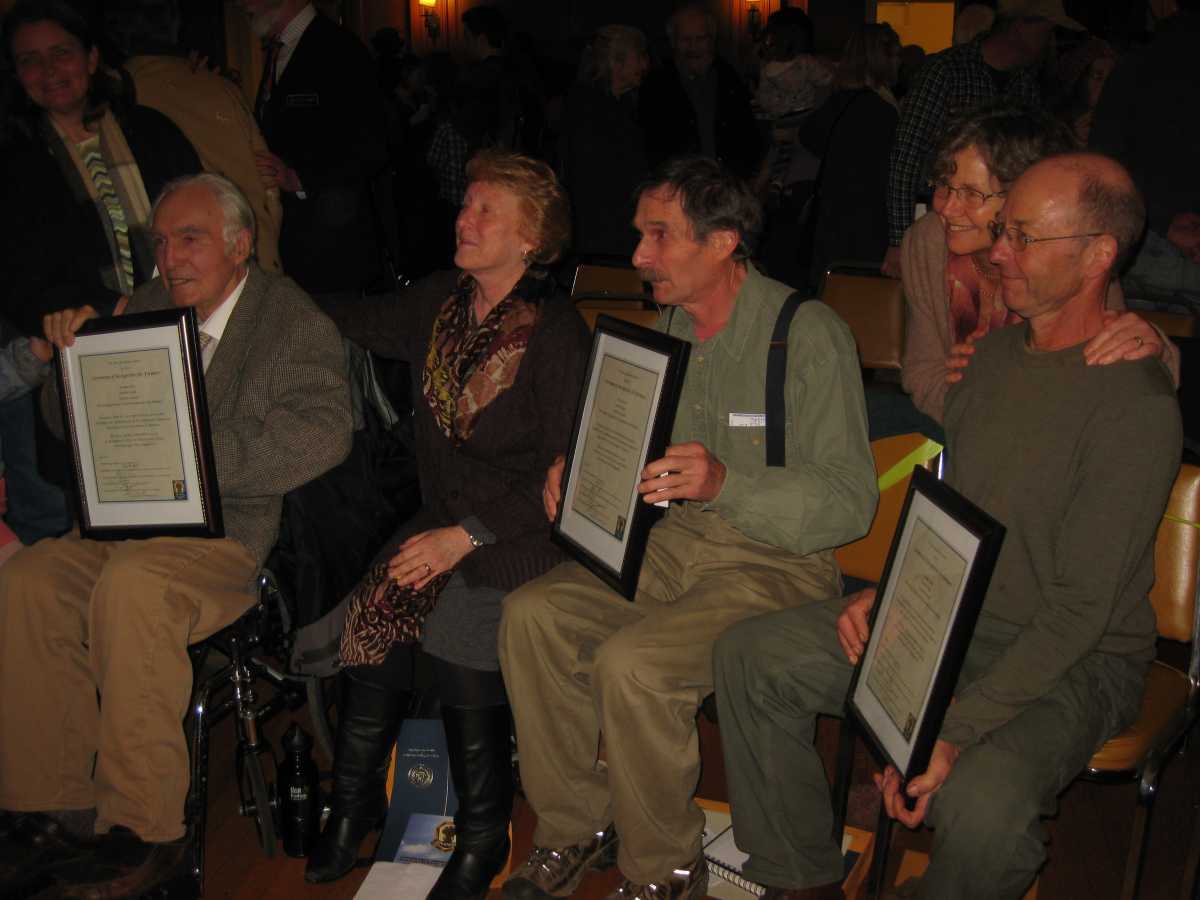 By now, 30 years after beginning in the USA and elsewhere, CSA farms are in every part of the world. The books I co-authored with Trauger have been translated into several languages. This year they are also being translated in Mandarin (Chinese) thanks to the efforts of Waldorf and biodynamic communities in Taiwan. Much more lies ahead.

When I spoke with Alice Bennett Groh in the aftermath of a 2014 honoring ceremony for the Temple-Wilton Community farmers sponsored by the Peterborough Grange in New Hampshire, she made an important observation about the work of Trauger, his agrarian colleagues, and their community:  “It is unusual, to say the least, maybe even miraculous, that in these times of great social struggle that something that we approached with idealism and dedication has prospered and has had such a profound effect in the world.”

Thanks to the pioneering efforts of Trauger, his agrarian compatriots, and thousands of farm communities, those profound effects will continue to resonate in a healthy manner for many years to come.

Photo (above): Ceremony at the Peterborough Grange honoring the Temple-Wilton Community Farm farmers

From the Josephine Porter Institute for Applied Biodynamics (JPI):

JPI takes this time to remember and give special recognition to Trauger Groh who died on July 27th.

Trauger is known around the world for his pioneering work in Community Supported Agriculture (CSA). He first learned about CSAs and land trusts while working at Buschberghof in Northern Germany. Then he partnered with Lincoln Geiger and Anthony Graham in 1986 to establish Temple-Wilton Community Farm in Wilton, New Hampshire – one of the oldest continuously operating CSAs in the United States. Read more.