For our 2016 North American Biodynamic Conference we are reaching out to a wide ranging group of Latin American and Indigenous peoples of the Americas.  For this reason, in addition to our usual conference scholarship fund, we have established two new funds to help make the conference more accessible for Latin Americans and Indigenous peoples of the Americas. 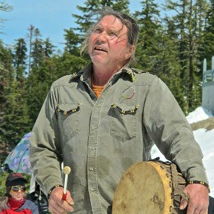 Devon Strong (1957 - 2015) was a biodynamic farmer, buffalo rancher, sheep shearer, mentor, and father. A native American singer and pipe carrier, Strong was trained in sacred Native American ways from Wallace Black Elk, and operated his ranch, Four Eagles Farm, on those principles. He is remembered as a wise soul, a humble teacher who was intimately connected through prayer to Spirit, and the world around him. Devon will be honored at this year's Biodynamic Conference, as well as through this scholarship fund. 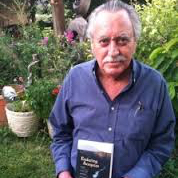 Estevan Arrellano (1947 - 2014) was a farmer, writer, Fellow of the Washington Journalism Center, and recipient of an Individual Fellowship from the Ford Foundation. An advocate of traditional Southwestern agriculture and acequia culture, Arrellano was intimately involved in preserving the genetic diversity of the food traditions transmitted to his native New Mexico via the Camino Real from the Middle East, the Iberian Peninsula, and Mexico.

These two funds will assist Latin Americans and indigenous peoples of the Americas to attend the 2016 North American Biodynamic Conference in Santa Fe to depen their knowledge of the philosophy, priniciples and practices of biodynamic agriculture — specifically — and sustainable farming in general.