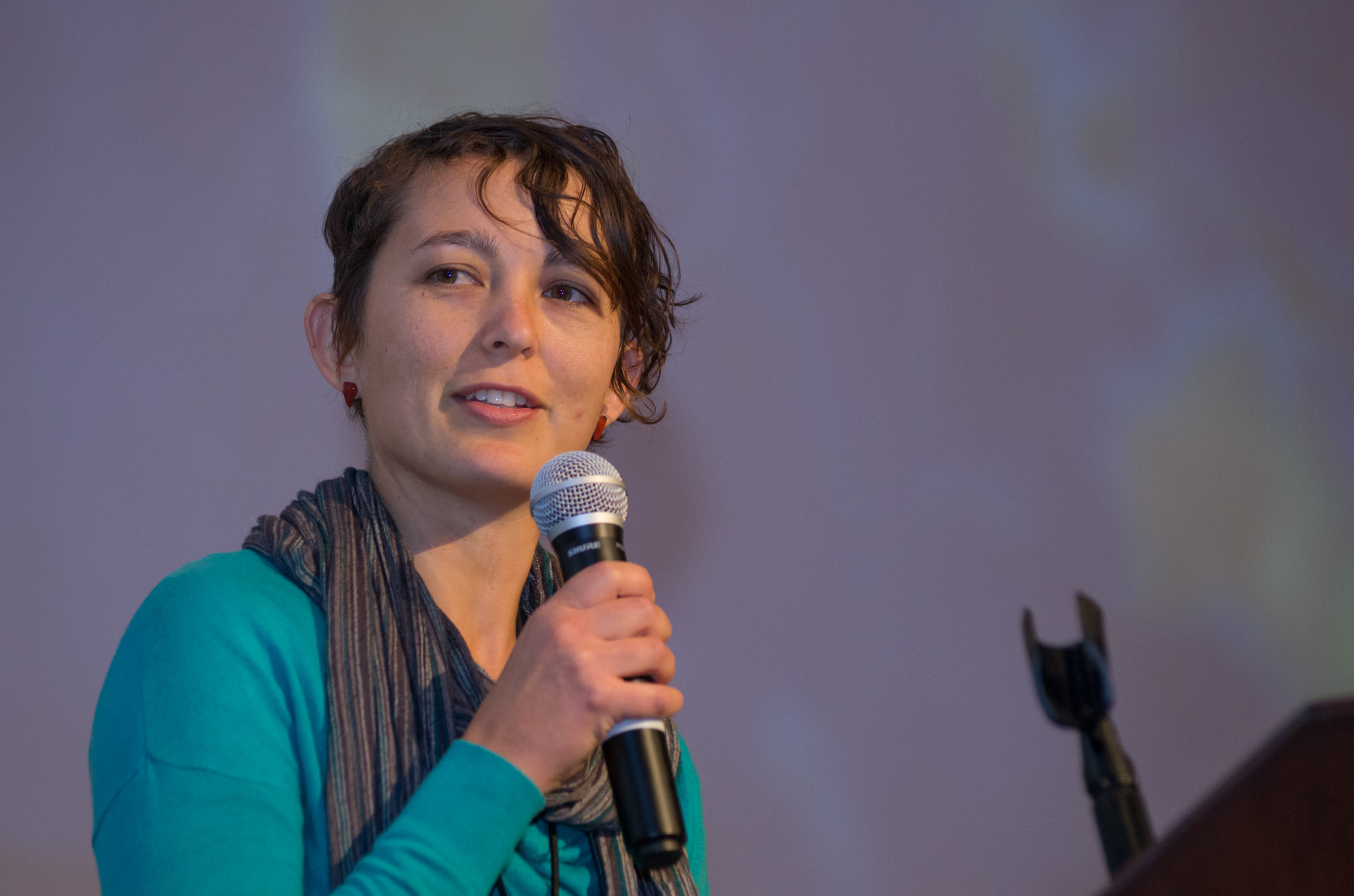 The Biodynamic Association (BDA) is pleased to welcome Thea Maria Carlson as Executive Director, and to celebrate the continued contribution of former Executive and Co-Director Robert Karp in a new role, as Strategic Advisor and Community Builder at Large.

Thea has been growing in her leadership with the BDA for seven years, and has been Co-Director with Robert since 2015. As BDA Board President Steffen Schneider observes, "Thea embodies many gifts that I consider essential for a modern leader: tremendous facilitation, listening, and organizational skills; a natural talent for collaboration; and an authentic capacity for servant leadership. I have no doubt that she will guide the BDA with vision, clarity, transparency, and grace."

Thea joined the BDA part-time in 2011 as coordinator of the North American Biodynamic Apprenticeship Program. She quickly grew in her roles, taking on the BDA’s fledgling farmer training program and transforming it into the successful, world-class farmer development program that it is today. She played a key role in the growth and development of the BDA’s North American Biodynamic Conference, which has become, over the past six years, the educational and networking event for biodynamics on the continent, consistently drawing 600 to 800 people. Thea has also grown her public role, presenting workshops at regional and national conferences, writing in publications like Lilipoh and Kosmos, and being interviewed for print and video media outlets.

In 2015, as she became Co-Director, Thea introduced a new "teal" management framework to the BDA, inspired by the book Reinventing Organizations and Holacracy. This living approach has helped the BDA better embody biodynamic principles in the way that we work as an organization, emphasizing self-management, wholeness, and attending to evolutionary purpose. Thea has also spearheaded the transition from a centrally-located to a geographically-distributed organization over the past two years, introducing technological tools and facilitation techniques for effective communication and collaboration across distance. These changes have enabled the BDA to build a highly engaged, responsive, and effective staff team that works together from all across North America, and has also facilitated a smooth transition of leadership from Robert to Thea.

Robert served the BDA for six years as Executive Director before transitioning to Co-Director with Thea in 2015. Joining the BDA at a difficult time in its history, Robert's vision and leadership dramatically transformed, revitalized, and strengthened the organization. Over the past two years, Robert and Thea have been consciously preparing for this leadership transition, creating new roles to transfer responsibilities from Robert to Thea and other core staff, and utilizing Robert's experience and strategic prowess to mentor and advise the next generation of leadership at the BDA. As he steps away from being Co-Director, Robert will continue to provide guidance, wisdom, and fundraising support to the BDA through a new part-time role. Robert is a long-time social entrepreneur in the sustainable food and farming movement and plans to continue to consult, write, and catalyze work in this space, in addition to his ongoing work for the BDA.

Robert is enthusiastic about this evolutionary leadership succession, saying, "I cannot adequately convey the gratitude I feel toward Thea: for her colleagueship the last seven years; for the vision, creativity, and discipline she has already brought to bear on the work of the BDA; and for her willingness to lead the Association into its next phase of development. As a community, we should all be deeply grateful that such a dynamic leader has found her way into our movement, and I hope that you all will have a chance to get to know Thea and to take hands with her, in solidarity, for the great work ahead of us."

Thea first became interested in sustainable agriculture in high school, when as a volunteer farm labor organizer in California she witnessed workers being poisoned by pesticides in the fields. Two years later, she spent a semester studying ecology and natural resource management in Brazil, and saw firsthand the connection between unsustainable agricultural practices and the widespread destruction of the Amazon rainforest. These experiences ignited a passion for ethical and ecological methods of growing food that Thea has continued to pursue ever since. She spent four seasons as a biodynamic and organic farmer in Northern California and Wisconsin; five years teaching gardening, nutrition, and beekeeping, and developing community and educational gardens in the San Francisco Bay Area, Chicago, and Maine; and two years organizing strategic communications training programs for nonprofit leaders in San Francisco and Washington, D.C., before joining the Biodynamic Association in 2011. She has recently put down roots in the Mayacamas Mountains of Sonoma County, California, where she co-stewards 440 acres with a community of 30 people.

"I feel fortunate to be taking the lead of the organization at this unique moment in history," says Thea. "Now, more than ever, the world needs the innovative, grounded, and heart-centered wisdom of biodynamics. The world needs us to lead by example in asking and exploring hard questions, and building cross-cultural connections. With the success of our recent conferences, our renewed collaboration with Demeter USA and other key partners in the biodynamic movement, and our incredibly talented and dedicated BDA staff team, I know we are poised to make an even greater contribution to the regeneration of our food system and the healing of our planet."

The Biodynamic Association is a nonprofit organization that awakens and enlivens co-creative relationships between humans and the earth, transforming the practice and culture of agriculture to renew the vitality of the earth, the integrity of our food, and the health and wholeness of our communities. Founded in 1938, the BDA will be celebrating its 80th anniversary in January.