Originally published on the Whole Foods Market blog on March 2, 2015 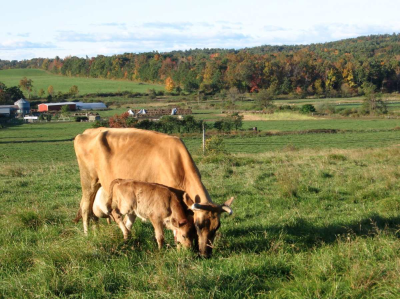 If you are a concerned eater or farmer, you should know about biodynamics. Biodynamics is a farm-forward approach to healing the planet through conscious agriculture.

Biodynamics was developed in central Europe in the early 1920s by the Austrian philosopher and social reformer Rudolf Steiner; it is now practiced on more than 350,000 acres of farmland in 47 countries. Steiner was one of the pioneers of the organic farming movement, and biodynamics is considered by many to be the most advanced and holistic form of farming and gardening on the planet. Steiner’s insights have also led to innovative movements in a number of other fields such as education (Waldorf Schools), medicine, finance and social therapy.

Steiner developed biodynamics in partnership with a group of farmers who were concerned with the decline in soil and animal health that they were witnessing on their farms. This was just at the time when a highly mechanistic view of nature was beginning to take hold in agriculture, which led to the development and use of synthetically produced nitrogen fertilizers. Steiner was one of the first public figures to warn that the widespread use of chemical fertilizers would lead to the decline of soil, plant and animal health and the subsequent devitalization of food. 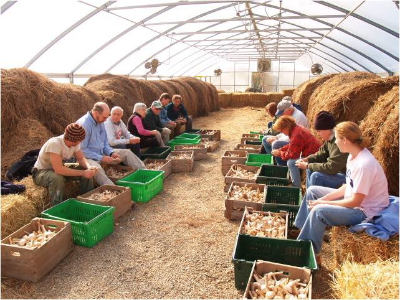 Biodynamics is based on a view of nature as a living, self-sustaining organism that unites material, biological and spiritual elements.

Biodynamics came to North America in the early 1930s, and over the past 75 years, its practitioners have played a key role in the renewal of agriculture here, helping pioneer the early organic farming movement; inspiring the work of Silent Spring author Rachel Carson; and starting the first community-supported agriculture (CSA) programs. Founded in 1938, the Biodynamic Association supports this growing and vital movement through conferences, a journal, farmer training and research.

Biodynamic methods are designed to stimulate and sustain the farm’s inherent fertility, health and terroir through the integration of crops and livestock, the restoration of on-farm biodiversity, and thoughtful cooperation with the influences of the sun, moon and planets on the earth.

Biodynamic farmers strive to find a balance and diversity of crops and livestock that enables the farm to be as self-sustaining as possible. Animals are stocked at a rate so that their manure provides adequate fertility for the crops being grown, and sufficient acreage is devoted to pasture and forage to provide for the needs of the animals. Thus, imported fertilizers and feeds are kept to a minimum, and this contributes both to the ecological health of the farm and the development of a true farm “individuality” that is a coherent whole.

Biodynamics also incorporates the use of nine preparations made from fermented manure, herbs (yarrow, chamomile, stinging nettle, oak bark, dandelion, valerian and horsetail) and the mineral silica. The biodynamic preparations are used as field sprays and in the making of compost to stimulate specific processes within the farm. The preparations enhance the beneficial effects of good farming practices and have been shown to help remediate the impact of pollution and balance the effects of extreme weather.1 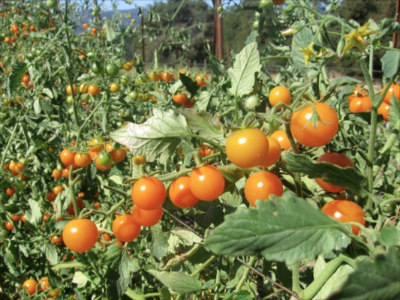 Another unique aspect of biodynamic agriculture is the attention paid to the influences and rhythms of the sun, moon and planets.

Just as the moon creates the tides in our oceans, each of these celestial bodies has subtle influences on the growth and development of plants and animals. Based on Steiner’s insights and subsequent research, a number of biodynamic calendars have been developed that offer indications for optimal times for sowing, cultivating and harvesting, based on the cyclical changes in the positions of the celestial bodies in relation to the earth.

Biodynamics is ultimately not just a set of alternative agricultural methods but a way of seeing and understanding the natural world. Steiner called for and pioneered a new form of science—which he called spiritual science—that could grapple with both the material and nonmaterial or spiritual aspects of reality. Biodynamic farmers work to develop their capacity to sense and observe the more subtle forces at work in nature, and to use their own insights to further enhance the vitality of their farms. The biodynamic methods are thus in a continuous state of evolution and individualization.

As part of his work on a new approach to science, Steiner also developed, together with a number of colleagues, a set of unique, scientific methods for demonstrating the presence of life forces in nature and for evaluating the quality and vitality of food and soil. These methods, sometimes called the “picture-forming methods,” are finding growing acceptance in scientific circles in Europe. These and other traditional forms of scientific research have consistently demonstrated the benefits of biodynamic methods.2 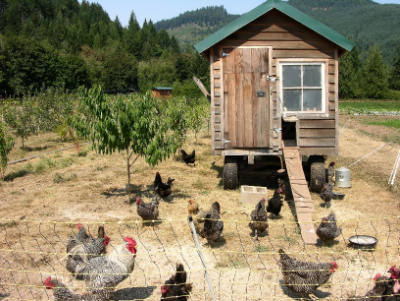 Most biodynamic farms also seek to embody innovative approaches to the economic dimension of the farm, taking inspiration from Steiner’s insights into social and economic life that emphasized the need for cooperation and transparency. The aim to create associative economic relationships between farms and consumers sparked the CSA movement, which originated with biodynamic farms and has now been taken up by more than 6,000 farms in the United States. Many biodynamic practitioners also work in creative partnerships with other farms and with schools, medical and wellness facilities, restaurants, hotels, homes for social therapy and other community-based organizations.

Biodynamics has an independent certification system managed worldwide by Demeter International and in the United States by Demeter USA.

Demeter certification in this country uses the USDA organic standards as a foundation and then adds additional requirements. For example, the Demeter Biodynamic® Farm Standard requires the healthy integration of crops and livestock on the farm, as well as a certain amount of wild or uncultivated land as part of its biodiversity requirement. It also requires use of the biodynamic preparations described above. In addition, Demeter certification must encompass all aspects of the whole farm.3

The vitality of our food, farms and communities has been depleted by the modern industrial agricultural system. Biodynamics offers a pathway into deep agricultural renewal. It is a way of seeing, a way of farming, and a way of creating community that restores the very heart of what it means to be human on Earth.

For more information about biodynamics and how you can get involved, please contact the Biodynamic Association at www.biodynamics.com.

Robert Karp and Thea Maria Carlson are Co-Directors at the Biodynamic Association.