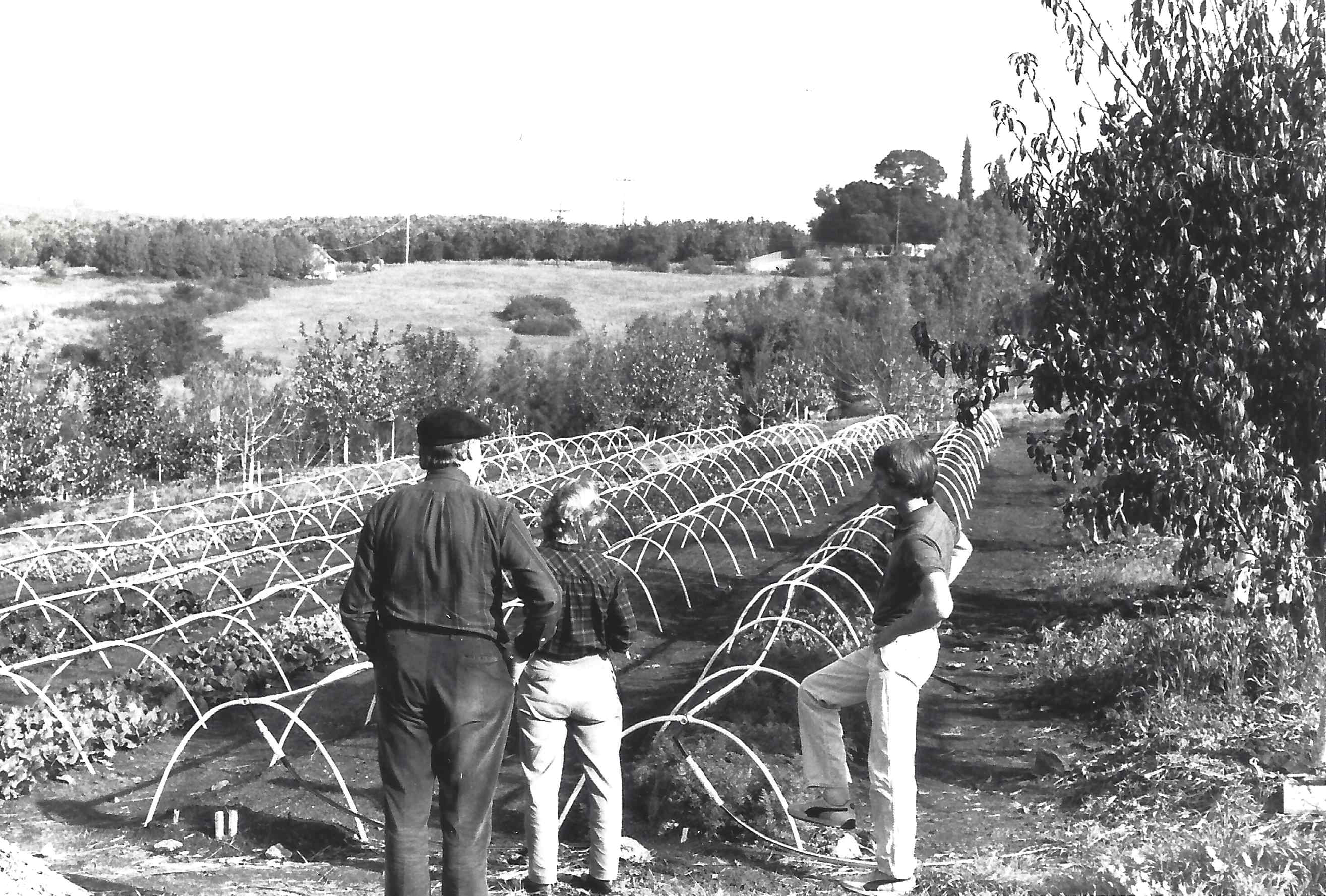 The roots of the biodynamic community on the North American continent go very deep — all the way back, to the first conference in 1933 at Threefold Farm in Spring Valley, NY. Ehrenfried Pfeiffer, a student of Dr. Rudolf Steiner, was in attendance. Five years later, a small group* met at the headquarters of the Anthroposophical Society in America to form the Bio-Dynamic Farming and Gardening Association (now known as the Biodynamic Association) on January 8, 1938.

Looking back, it is tremendously humbling to consider the history of this association. We are so grateful to the many committed farmers and gardeners who shepherded the biodynamic impulse in North America over the decades, bringing it from its small beginning to the diverse and dynamic community that it is today. We are proud to share some of the early history with you, and hope that you — our members and friends — will share your own stories so that we can all develop a richer understanding of our story as an association and as a community.

After the first meeting in January 1938, the Association quickly took the necessary legal steps to become an organization. Formal incorporation papers were filed on February 2, and they developed by-laws and elected officers. 175 people came together in March that year for a biodynamic conference at Threefold Farm. Some of the topics included biodynamics for beginners, converting a farm, experimental proof of the effectiveness of the biodynamic preparations, home gardening, farm accounting, and a healthy social order. By the end of the year, the Association had listed 37 farms and 31 gardens.

Ehrenfried Pfeiffer played a crucial leadership role in the early decades of the Association. In 1940, at the age of 40, he immigrated to the United States and was elected to the Board. The Association moved its headquarters that year from Threefold Farm to Kimberton Farms in Phoenixville, PA. The Association also recognized the need for a "Bio-Dynamic News Sheet," which Pfeiffer volunteered to oversee. The first issue of tthe Biodynamics journal was published in the summer of 1941, one year before J. I. Rodale started Organic Farming and Gardening magazine. Biodynamics has remained in continuous publication since that first issue. Pfeiffer continued to provide leadership until his death in 1961.

So much has happened over the span of 80 years, much of it recorded in the volumes of the Biodynamics journal. We've archived many of our historical photos (some of which you can see in the upcoming Winter 2018 issue of the journal) and compiled important dates and information. But with such a long history on such a large continent, we know we have only documented a portion of the history. As part of understanding who we are as an organization and as a broader biodynamic movement, we hope to hear from those who experienced some of this history and who have been so committed to stewarding biodynamic agriculture over the years. We are grateful for all the wisdom and effort that have brought us to this moment, so that we are growing and thriving, “80 years young.” 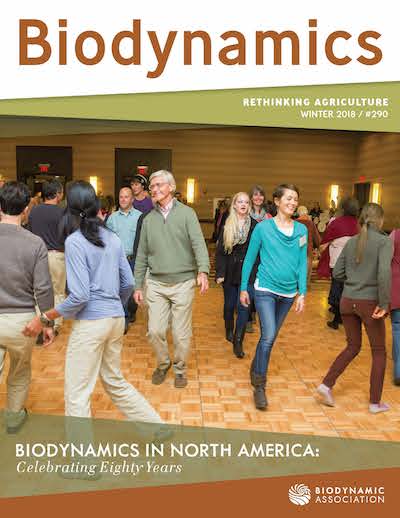 If you have memories, stories, information, or photos to share with the larger biodynamic community, please let us know. We will make what we receive available online over the course of the year, and members can look forward to the upcoming Winter anniversary issue of Biodynamics, with articles that link our growth over the decades to our work together in the twenty-first century.

Read "Ehrenfried Pfeiffer, the Threefold Community, and the Birth of Biodynamics in America" by Bill Day for more on the early history.

Rebecca Briggs (rebecca@biodynamics.com) has worked for the Biodynamic Association since the summer of 2007, when she started part time as editor of the Biodynamics journal. She currently holds Communications, Website, and Media roles and works with Journal Editor Karen Davis-Brown in various editorial roles.

Yes that is Trauger. I took that photo when he and Alice Bennet and I visited Joe Tooker's garden in California. It was perhaps 1985 or '86. The BDA felt that Trauger's ideas of a "Community Farm" really needed to be spread and we arranged a speaking tour. It was a memorable trip, the whole CSA concept was in its infancy. I and my wife Jill were running the BD office and Association at that time. I was Executive Director. -Rod Shouldice

Thanks so much, Rod, for confirming my guess. I first learned about CSAs from a workshop by Traugher in the early 2000s; must have been  BDA conference, though can't quite remember where. But, I think about what I learned there all the time.