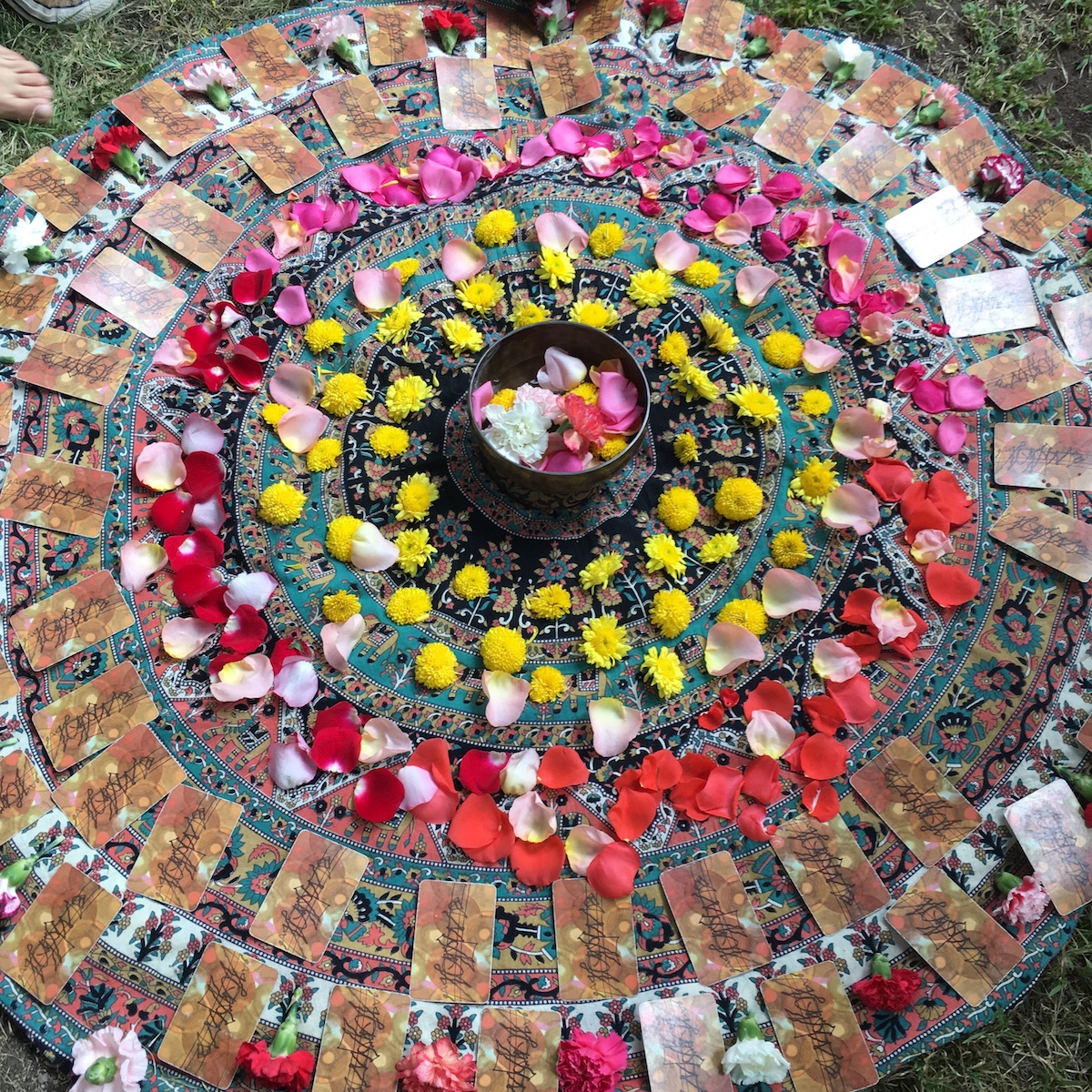 Sophie, Thea, and Sarah attended the inaugural Biodynamic Agriculture Festival of the Americas in San Miguel de Allende, Mexico from Wednesday, September 18 to Sunday, September 21. This cultural event served as both the 34th annual biodynamic conference of Latin America and the sixth annual biodynamic conference of Mexico. The gathering was celebrated as a festival, in the deep meaning of the word, as “[a] festival has the quality to take us out of the ordinary and take us to the mysteries of the rhythms of the seasons” (Rudolf Steiner). Ceremony, cultural sharing, and music formed central threads weaving the festival together. 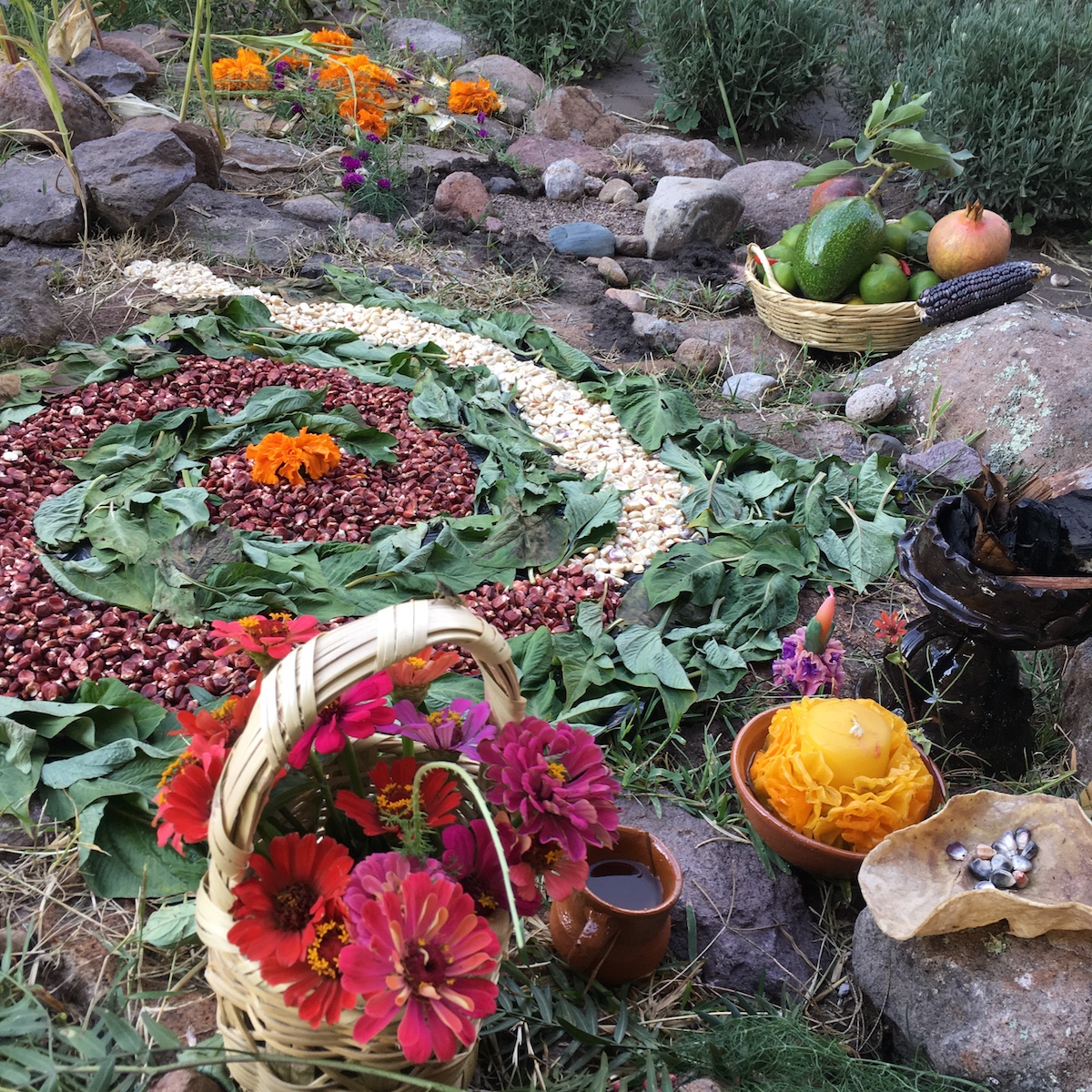 Ceremony was woven throughout the festival, with several altars centering spaces at the Charco del Ingenio

The event opened Wednesday evening with a welcome from Eduardo Rincon, who stated the intention to "inspire and awaken the ‘wonder’ of the relationships between human beings and the divine rhythms of nature.” His message was followed by an introduction of the festival space from Cesar Arias, the director of El Charco del Ingenio botanical garden, where the event took place, illuminating the space’s rich history of ecological conservation and education. After the opening messages, participants were led to the “Plaza of the Four Winds” to take part in a powerful and moving Fire Ceremony led by a group of Indigenous women from a local Indigenous community. Four individuals, representing everyone in the group, underwent a purification, to clear and prepare them for the days ahead. The ritual culminated in collective singing and dancing. 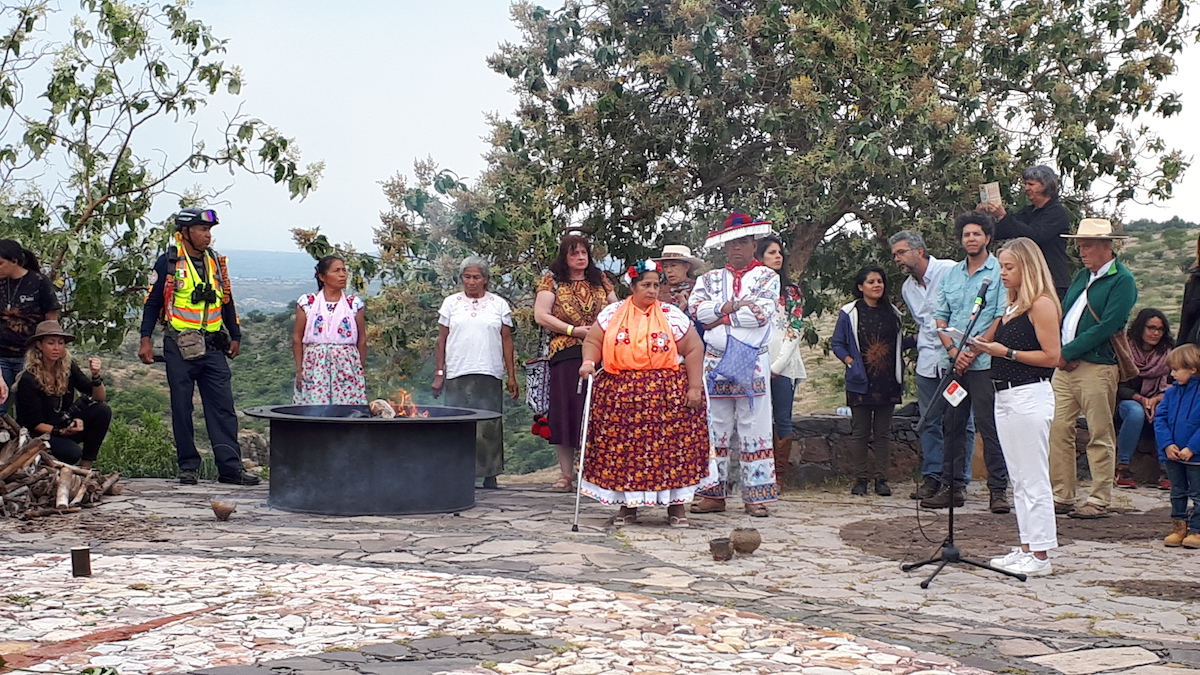 Fire Ceremony at the Plaza of the Four Winds

Each of the next three days followed a similar rhythm. Mornings began with a reading of one of the Michael Letters, helping set the tone, especially as this was the time leading up to Michaelmas. Dennis Klocek then shared "Leading Thoughts," touching daily on themes of the mystery of Guadalupe, sun forces and moon forces, the local landscape, the alchemical mandala, and the task of the future free human being. Everyone participated in a group ritual through which an altar was created over three days. We then broke out into our four groups, or “Elemental Spheres,” representing Mineral (Earth), Plant (Water), Animal (Air), and Human (Fire). In our spheres, we were divided again into three groups and rotated, each day, between different workshops led by biodynamic practitioners from all over the world. Workshops included, amongst others, “Healing with Bees” led by Alex Tuchman, “Threefoldness and the Animal Kingdom” with Matias Baker, and “The Twelve Senses as Twelve Portals,” led by Bruno Follador. 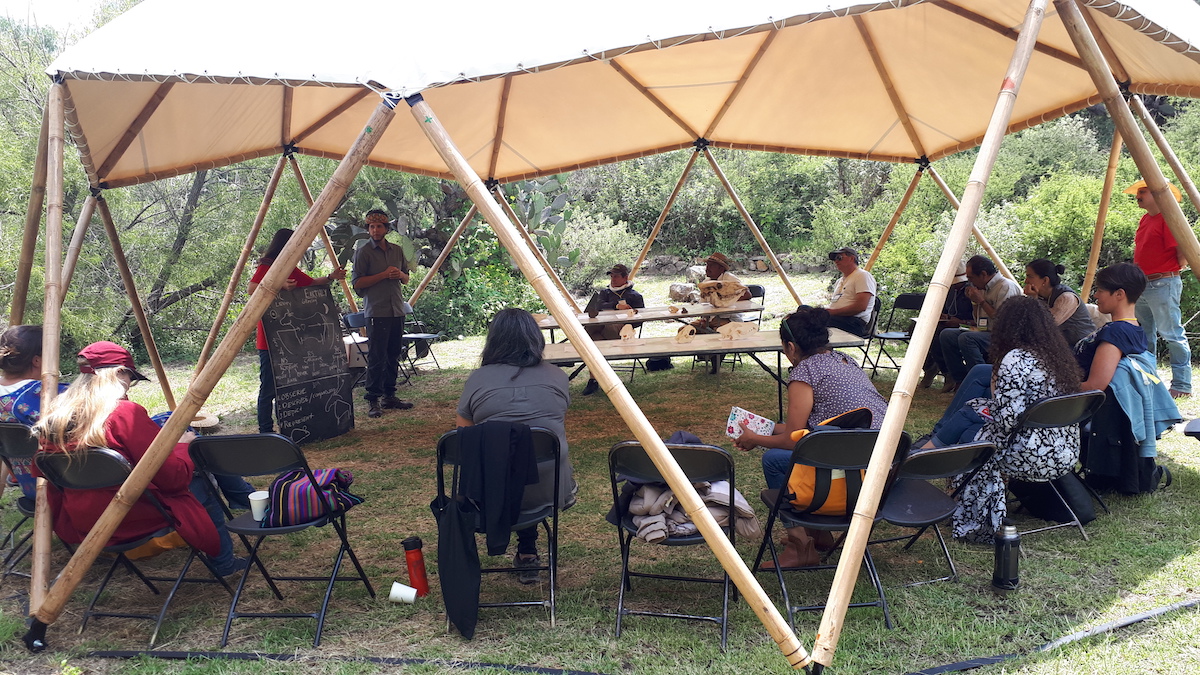 "Threefoldedness and the Animal Kingdom" with Matias Baker 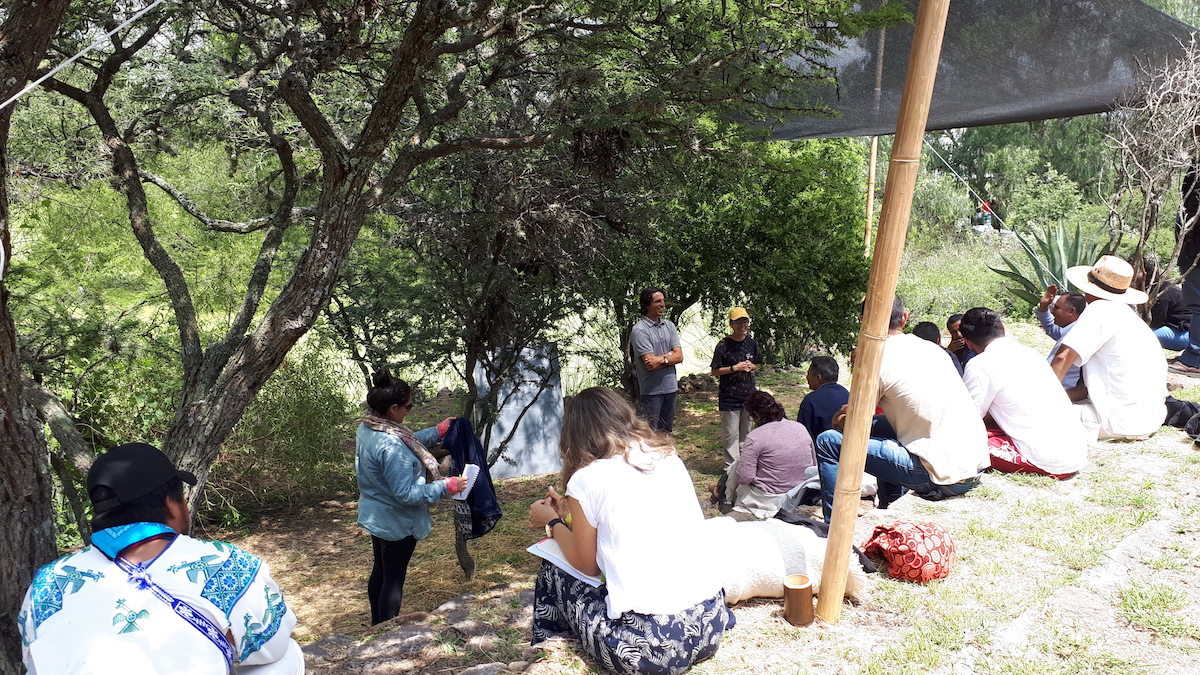 "Healing with Bees" with Alex Tuchman

When we finished the workshops around mid-day, we flowed into the dynamic Polycultural Market. For lunch, we chose among delicious offerings from an array of local chefs while musical performances set a festive mood and artisans demonstrated their crafts. Time was free to wander and connect with others or take part in one of many optional workshops themed around traditional knowledge and arts, holistic medicine, and more. During this time, the Biodynamic Association staff also attended daily meetings between representatives from Demeter International and leaders of biodynamic associations across the Americas about the formation of the new international biodynamic organization, "Biodynamic Federation-Demeter International," and how this will impact new and existing associations. Many of the biodynamic organizations in Latin America have not been able to participate as members in Demeter International because they do not yet have a biodynamic certification function within their country, but they will be able to be members and vote in the new organization. 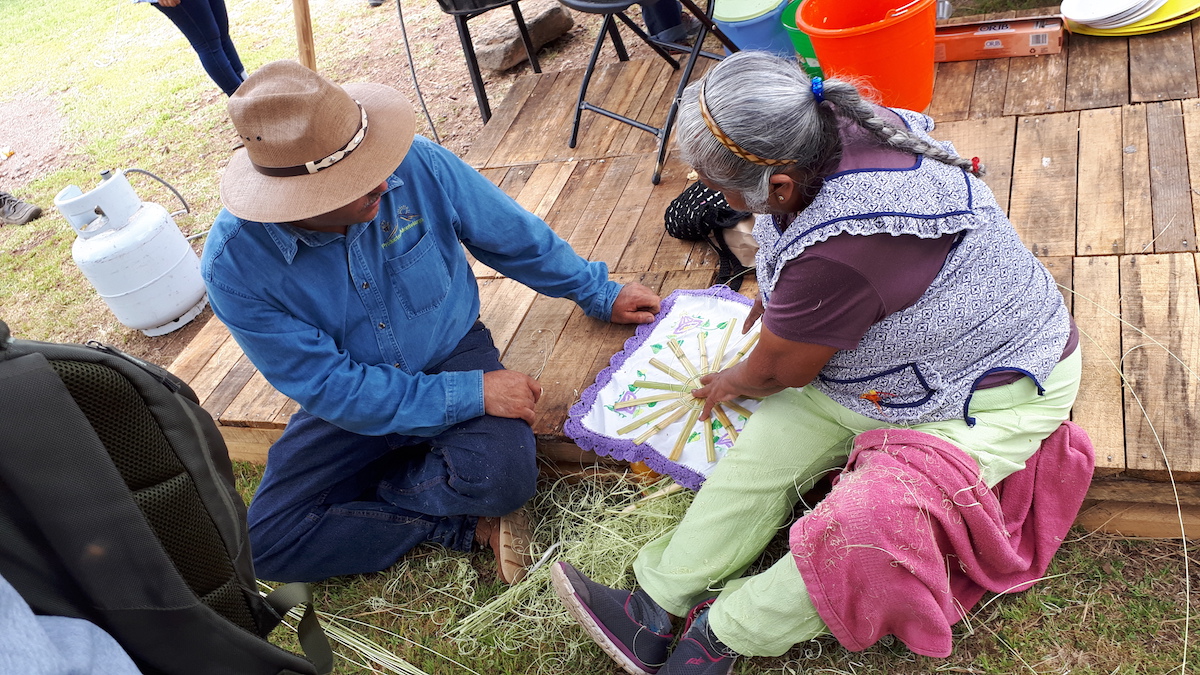 Basket weaving at the Polycultural Market 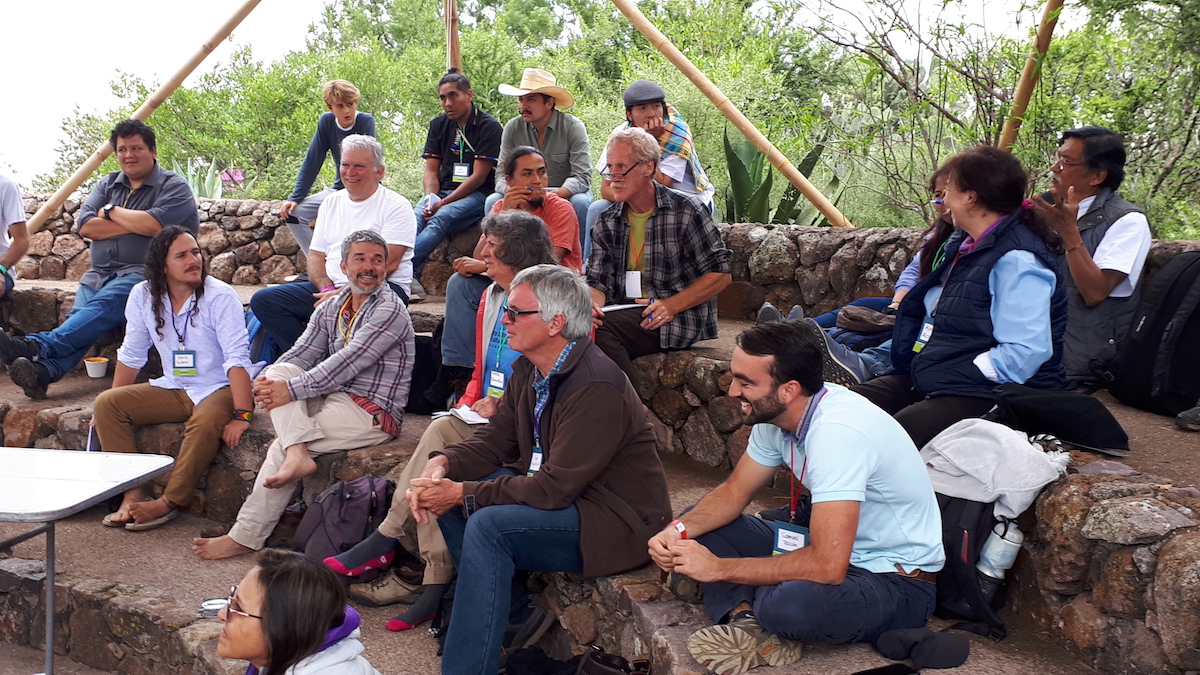 Each afternoon featured a different speaker — a highlight of which was Miralda Milanese’s tale of the hummingbird as a bird unique to the Americas. The conference closed each day with heartfelt storytelling of the traditional Mexican foods and ingredients of Totonacapan by Marta Gómez Atzín, an Indigenous chef, and friends from the Casa de la Cocina Tradicional (Pulakgkaxtlawakantawá) in Veracruz, illustrating historical and artistic aspects of preparation. The group then shared a meal and dispersed to rest for another day of rich biodynamic learnings and community. 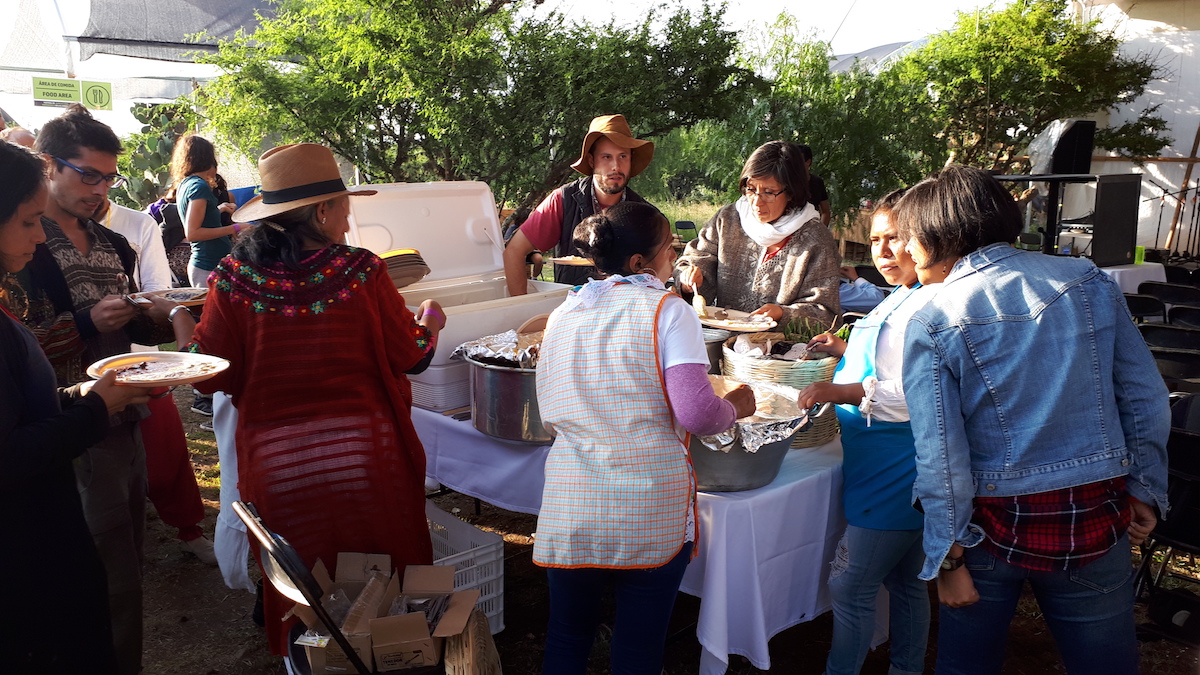 For the Mexican Biodynamic Association — Impulso Biodinamico de Mexico — the event served as the first “seed” of a four-year festival cycle. In the upcoming years, the conference will follow similar spherical rhythms guided by the four elements and will build on previous years’ topics, discussion, and growth. This year’s event really did bring together people from across the Americas in a new and sacred celebratory way.  Many thanks to the festival organizers and supporters for imagining and making this event possible! It was decided that the next biodynamic conference of the Americas will take place in August 2020 in Colombia. 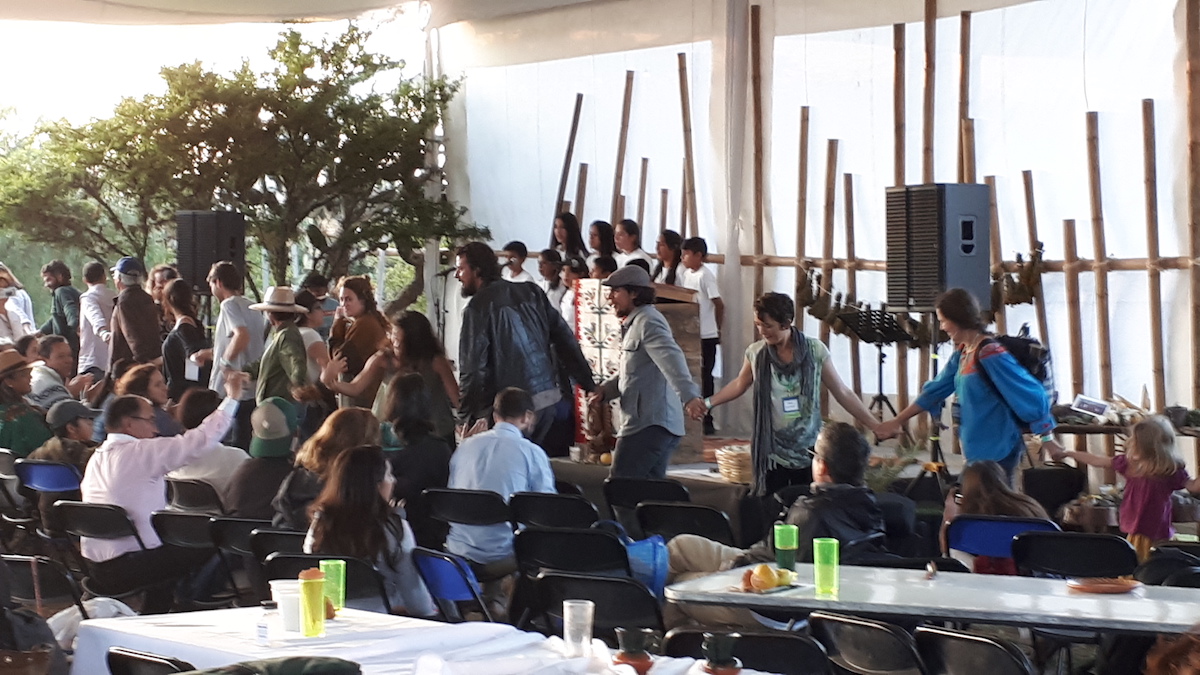 Dancing with the children's chorus at the conference closing 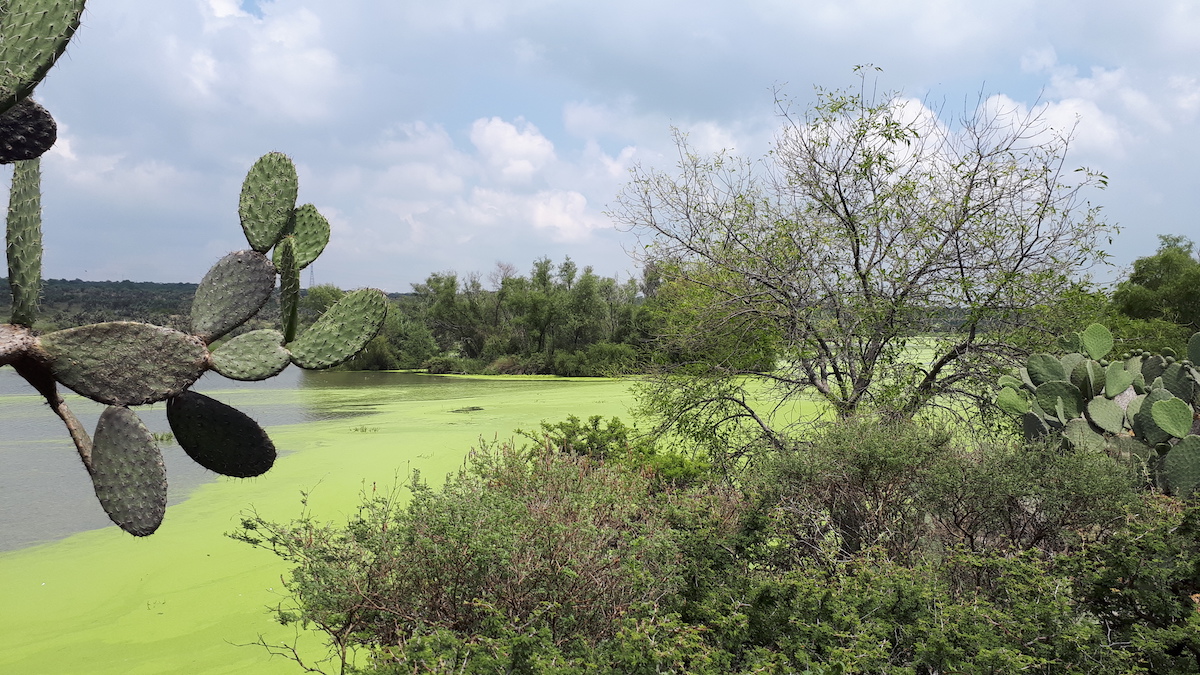 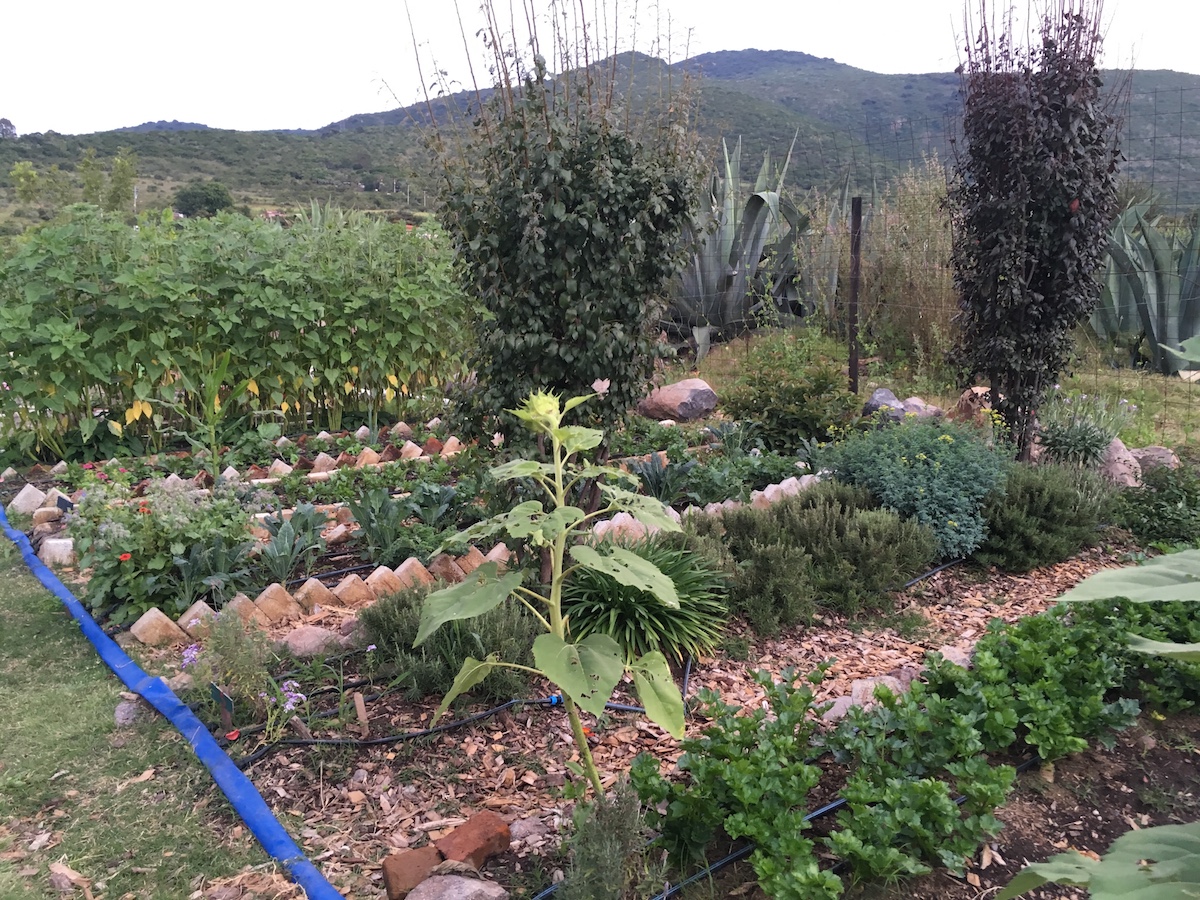 Rancho Via Organica, a farm and education center outside San Miguel de Allende, hosted many participants in the festival, providing lodging and meals

Sophie D'Anieri's roles at the BDA include Spanish Language Communications, Scholarships, and Conference Children's Education; Thea Maria Carlson is the Executive Director; and Sarah Weber's roles include the Research Program and the Bridging the Americas Initiative.