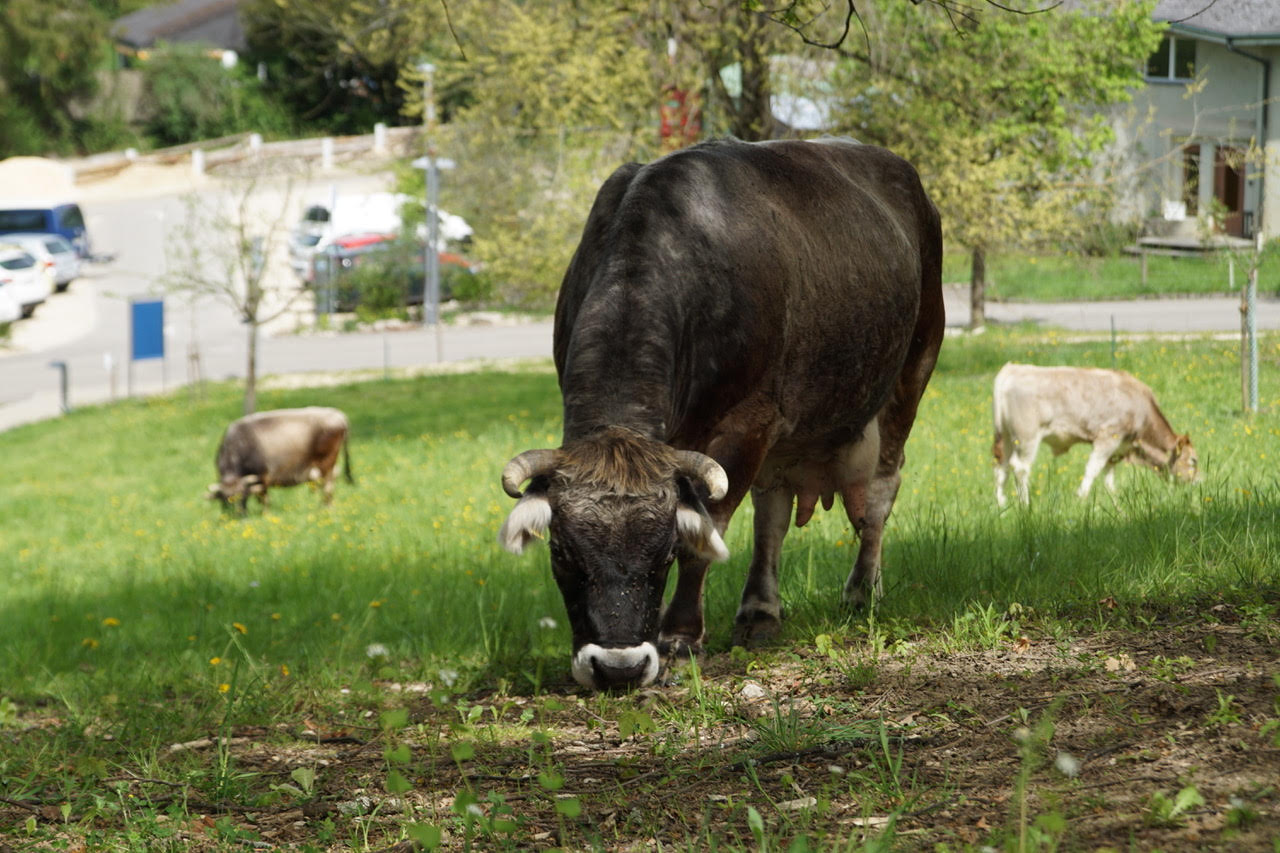 Cows in the Goetheanum Garden Park (by Sebastian Jüngel)

By the Goetheanum, Dornach, Switzerland

Since April, cows have been grazing on the grounds of the Goetheanum Park alongside sheep again. Some people even know the cows by their names.

The last lambs were born as twins on April 23rd. The young lambs from last year, Mijou and Fina, had their first offspring. A total of seven ewes now look after nine lambs (six male and three females).

In the midst of it: Paul Pieterse. He is responsible for the animals at the Goetheanum Garden Park. “It is important to me that animals can be animals,” he says. It‘s important to find a balance between herding and allowing animals to be free. “I do develop a relationship with the animals, but I don‘t impose myself on them.” Just how important this relationship is for the animals became apparent when he was absent for a few weeks in 2018 – the herd became restless, especially the bucks broke away. “When I‘m with them every day, it calms the animals.” And he adds, “I herd them, but I do not domesticate the animals.” 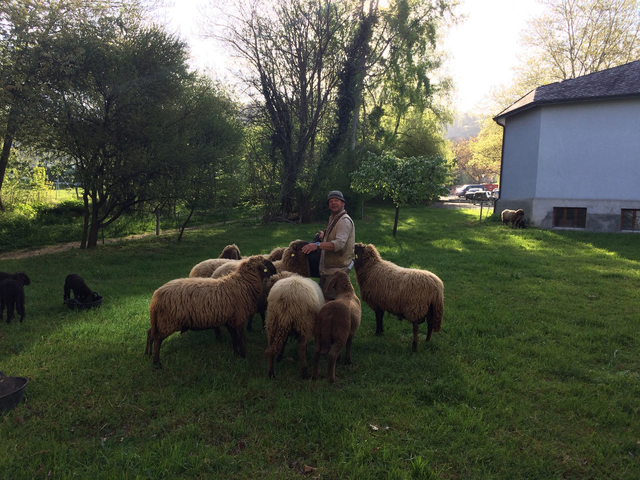 Paul Piertese, the animal keeper of the Goetheanum Garden Park (by Sebastian Jüngel)

The sheep are kept on the grounds all year round. Because of the dry summer, hay had to be brought in for winter-feeding. The small herd of cows, on the other hand, spent the winter on the Untere Tüfleten farm, Switzerland. But since April, three gestating cows and three calves have been grazing on the Goetheanum pastures again.

For Paul Pieterse, animal husbandry at the Goetheanum has something special to offer: he can observe a herd over two generations. The calves emancipate themselves from their mothers, and test out more freedom, a little like a “Girl‘s Gang”. As they all graze together in the fields, this leads to the formation of a new herd, “a kind of family,” as Paul Pieterse cautiously puts it.

Be it lambs or cows – visitors to the Goetheanum Garden Park come to value the animals. “Some,” the animal keeper reveals, “even know the cows by their names”.

The Goetheanum is the headquarters for the School of Spiritual Science and the General Anthroposophical Society. The School of Spiritual Science with its eleven sections is active worldwide in research, development, teaching, and the practical implementation of its research findings and is supported by the Anthroposophical Society.