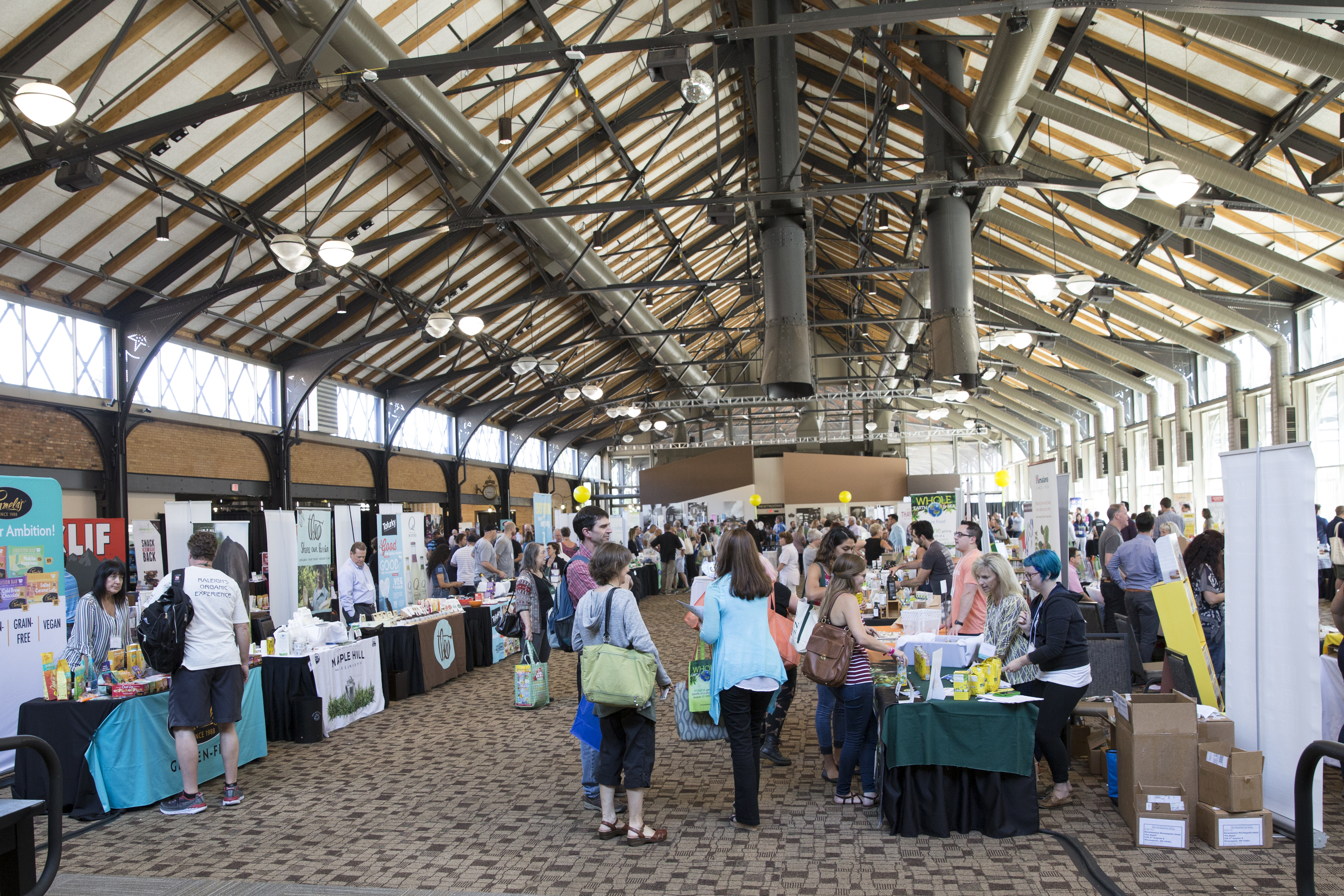 By Karen Davis-Brown In July, approximately 200 independent natural food retailers gathered in Minneapolis, MN, for their annual conference. The theme of the conference was, “Inspire. Engage. Execute. Managing Change in a Changing Marketplace.” Attendees were offered a keynote and two workshop sessions where they could learn about biodynamics and to strategize how to market and inform consumers about Demeter certified Biodynamic® products.

The Independent Natural Food Retailers Association (INFRA) was formally incorporated in 2006, with the mission “to strengthen independent natural food retailers through shared resources, with a concentration on operational improvement, marketing and joint purchasing.” INFRA represents a diverse group of 231 retailers of all sizes and in all parts of the country; what they have in common is a shared commitment to collaboration and a “sustainable future.”

David Byrnes of Yellow Barn Biodynamic® recalled that “Yellow Barn was developing marketing with INFRA in 2015, and we asked if they’d have interest in having a biodynamic panel at their 2016 conference. They agreed. The panel was well received, and Corinne and I developed the full day at the 2017 conference.” INFRA member response was extremely positive to David’s presentation, and the seeds were planted for a substantive biodynamic presence at the 2017 INFRA conference.

In all, there were eight key players who represented the US biodynamic movement at the 2017 INFRA conference. They included: 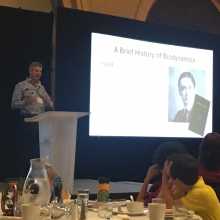 David noted that “in 2017 we helped put the people in place; however, without Corinne’s support, none of this would have happened. She deserves credit for opening the door for biodynamics at INFRA.” He collaborated with Corinne to organize the two workshops offered, and identified the conference as a “point of demarcation” for both the natural foods industry and the U.S. biodynamic community, in terms of building their capacity to work together from common values and for shared outcomes.

Other presenters echoed David’s observation. Elizabeth noted the importance of helping INFRA members understand how their “values align with those of the biodynamic community.” Pat enthusiastically reported the experience of showing attendees how “biodynamics is a ‘deeper dive’ toward a place they were already going.” She commented that, “about halfway through, you could see that what we were saying ‘clicked’ for people at a heart level. They could see that the need for rhythm, for will forces — that it had to do with all of us.” Laura stated simply how clear it was that “we share a common agenda of caring and taking care of each other and the Earth.” 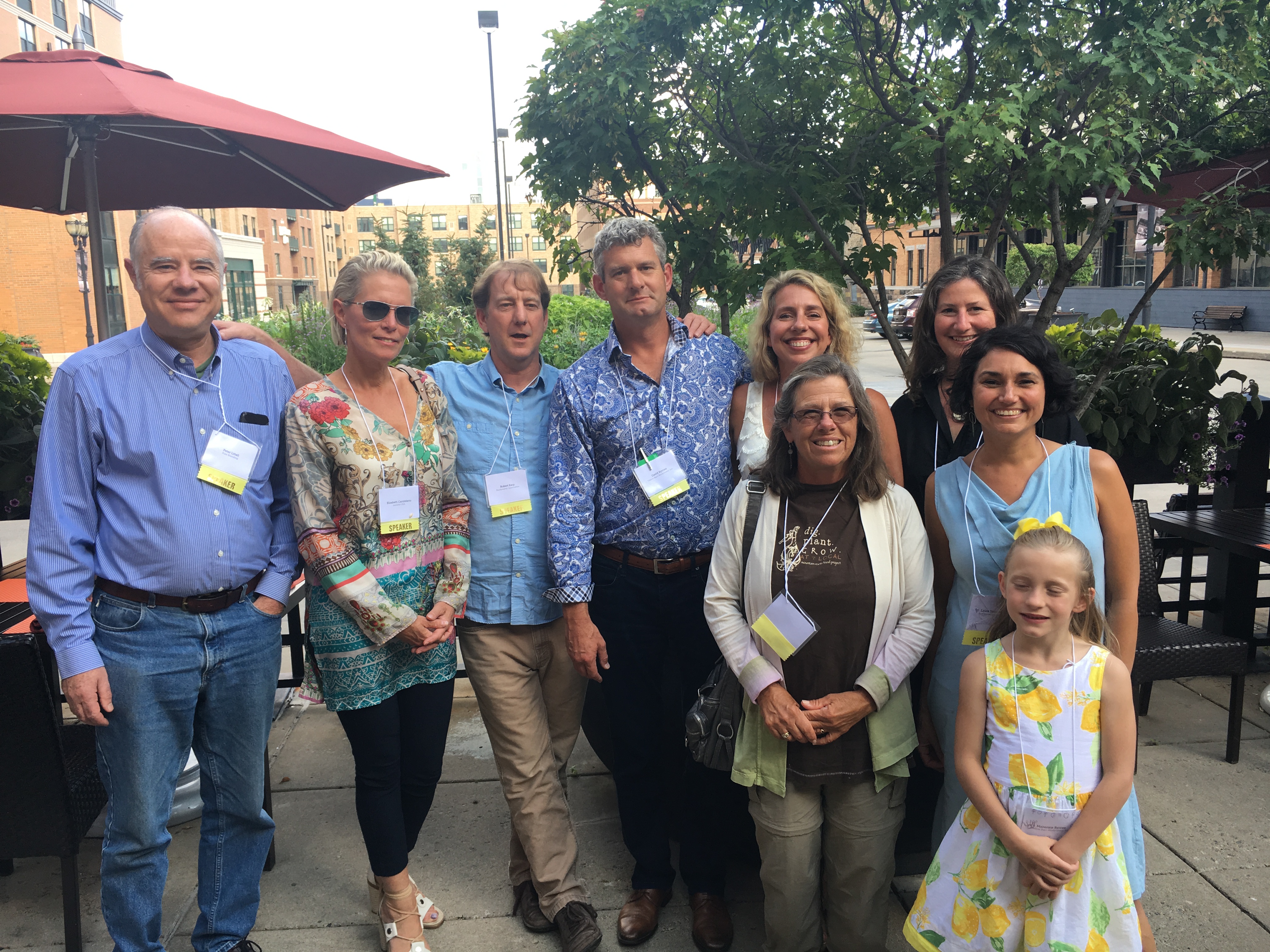 While presenters agreed with Peter that it was just a matter of providing information so attendees were able “to connect with the philosophy,” everyone was also excited about the potential “next steps” and directions that the opportunity created. Daphne noted that continued work together needs to be “simultaneously national and personal — every farm, every store, needs to work together with a shared focus on the consumer.” Robert saw the potential for exploring Rudolf Steiner’s associative economics principles and practices by working with “associations” such as INFRA in creating more healthy food distribution systems. Peter identified the need for manufacturers to “make “Biodynamic” a “desired feature” for the consumer, in large part by sharing the story of their own journey toward Demeter Biodynamic certification with the consumer. He was adamant that “biodynamics, as the oldest and most widespread form of regenerative agriculture in the world, needs to assert its leadership and take its place at the table.” Pat observed that, in order to do this, the biodynamic organizations that presented together need to “develop clear shared messaging and collaborative relationships.”

In August, the Institute for Mindful Agriculture will host a two-day gathering addressing similar questions about the future of the Biodynamic marketplace, including: How do we, as a movement, best meet the growing demand and interest in Biodynamic food? How do we create fair food value chains, while also honoring access to healthy and fresh food as a human right? Building on the joint Demeter/BDA workshop at the 2016 BDA Conference and the 2017 INFRA conference, those who will participate include Corinne Shindelar, CEO of INFRA; Gary Lamb from the Center of Social Renewal; John Bloom from RSF Social Finance; Rachel and Steffen from the Institute for Mindful Agriculture; David Byrne, CEO of Yellow Barn Biodynamic; Greg Georgaklis from Farmers to You; Andreas Schneider, co-founder of Capital Kombucha and CEO of Whitethorne LLC (the Hawthorne Valley Lactofermented line); Jarrod Schwartz, founder of Poor Devil Hot Sauce; Terry Brett, owner of Kimberton Whole Foods; Errol Schweizer Demeter USA Board member and former buyer for Whole Foods Market; Robert Karp of the BDA; and Dana Wagner, Director of Retail Operations at Hawthorne Valley Farm. These individuals with diverse perspectives and roles in the food value chain, will come together to learn from one another, to explore how the principles of associative economics might look in action, and to generate a vision of how the future could unfold.