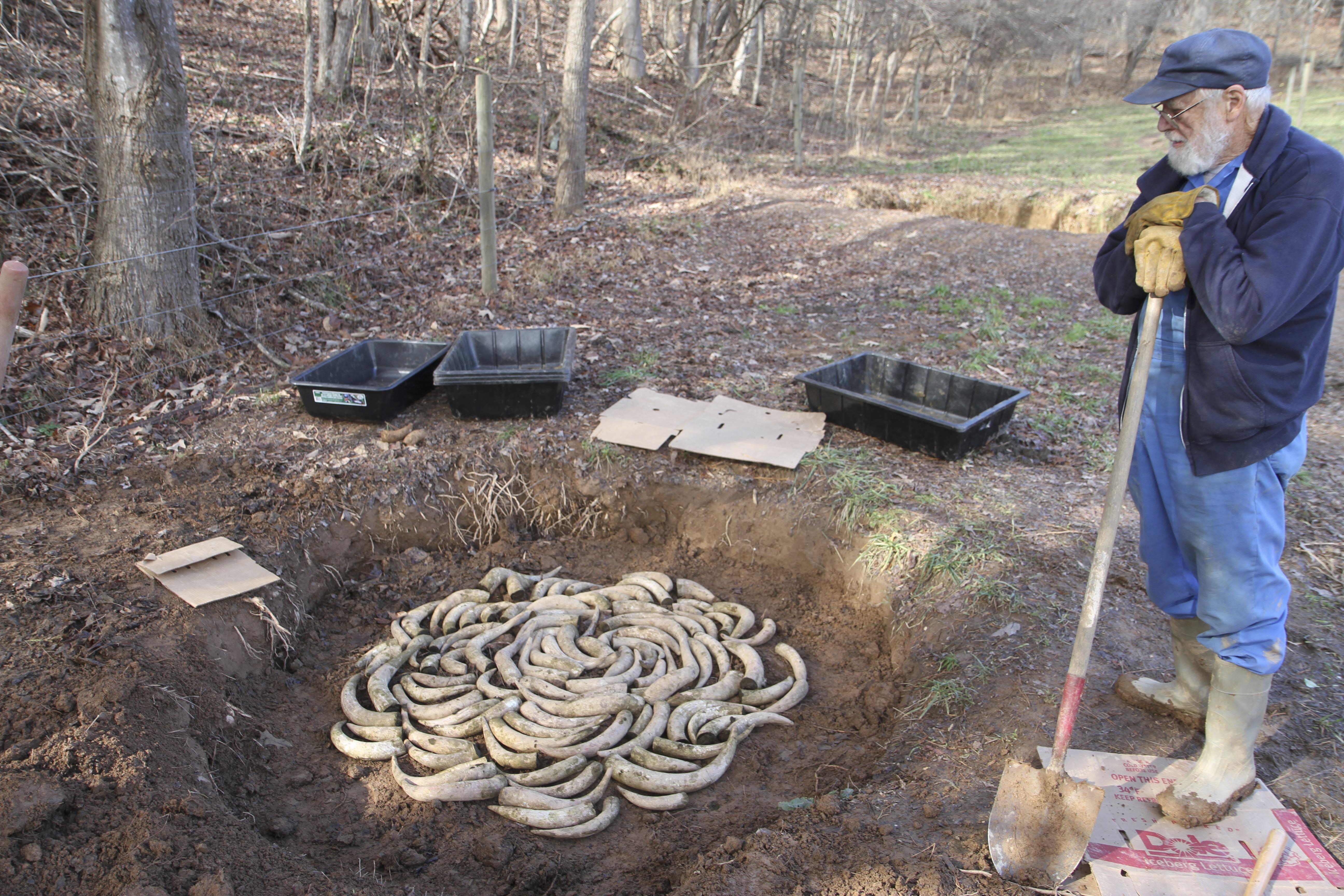 All photos by Rand Carter

Once upon a time, Josephine Porter announced publicly that she would teach anyone who wished to know—and would come to her farm to learn—how to make biodynamic preparations. Date and time were set. But only one student showed up: Hugh Courtney. Hugh learned and began to make the preparations, and in 1985, he founded an institute of applied biodynamics and named it in honor of his teacher, Josephine Porter. For upwards of four decades now, Courtney has been practicing and passing on the knowledge of biodynamic preparations-making, as well as animal and seed ashing, tree energizing, and other biodynamic processes, to whoever shows up.
Now operating under the banner of Earth Legacy Agriculture, Hugh Courtney has committed to teaching two on-farm events in 2019: a biodynamic workshop on the yarrow, stinging nettle, and silica preparations to be held on June 22-23 and a practicum on making all nine biodynamic preparations on October 29 - November 3. Both events will take place at the Courtney farm in Woolwine, VA.

When asked recently how long he intended to teach preparation making workshops, the 86-year-old Courtney replied, “As long as I can.” We might well consider: “How long will that be?”

86 years is a long time. Looking back into the past reminds us that the impulse of biodynamic agriculture as first presented publicly by Rudolf Steiner in 1924 is now, in 2019, 95 years old. Yet, for those who come fresh to biodynamics, the indications given in Steiner’s seminal lectures are new and bright, and offer us a way to become one with the forces that are responsible for creating a world where the soil becomes enlivened anew after centuries of exploitation and depletion, the food grown in that soil arises nutritious, and the people eating that food grow healthy in mind and body and strengthened in soul for all the spiritual challenges that come with truly living in a world that appears, at times, to be dying all around us. 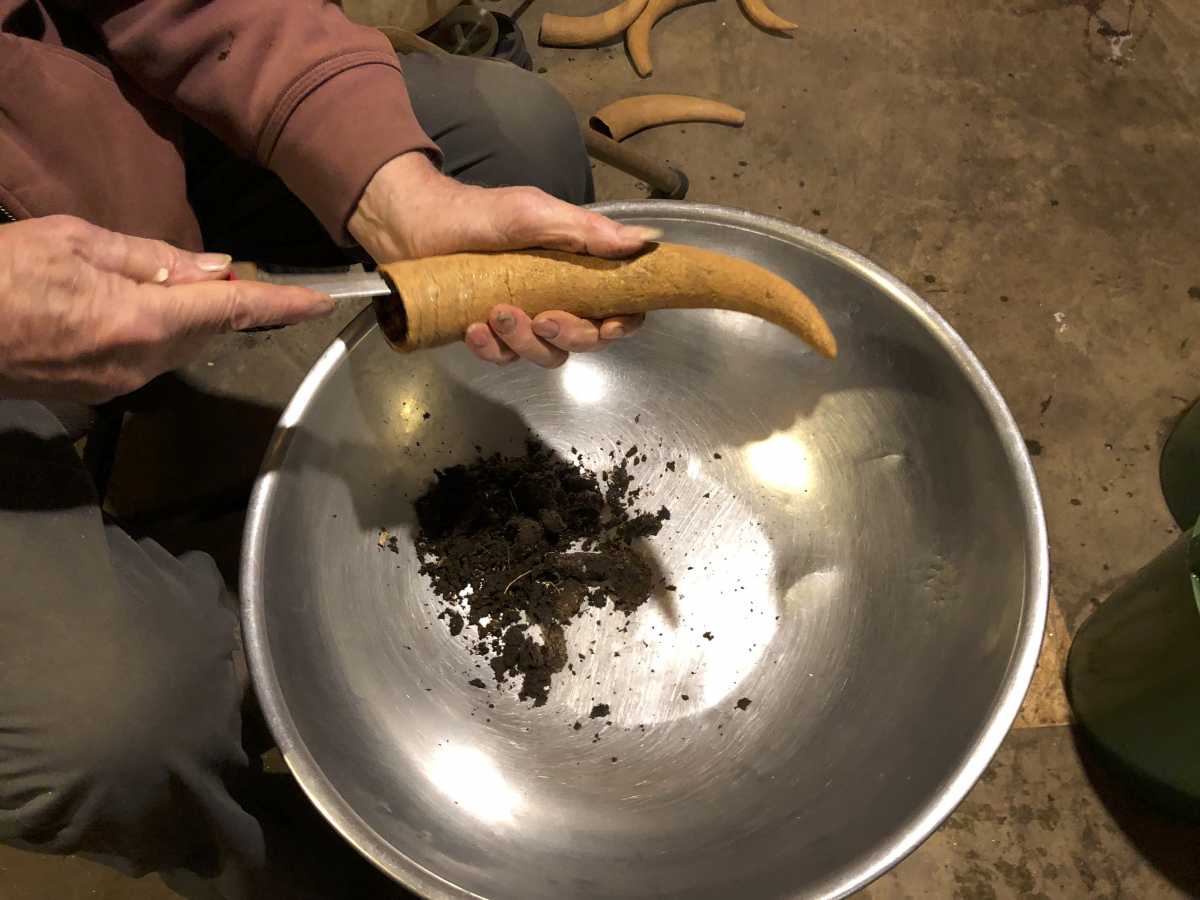 And when we look to see how we as humans on the earth can assist in the turn-around effort required for our continued development on this planet, these biodynamic preparations made from simple manure and ground quartz or feldspar, yarrow, dandelion, oak bark, chamomile, equisetum, valerian, and nettle, many of them ensheathed in offal left over from the farm’s yearly butchering—mesentery, intestine, bladder—take on a spiritual significance that we can feel as we work with our hands to gather and sort and spread and stuff and dig and bury in the ground or hang in the sun these common substances in order to receive what forces the earth and sky still have to offer in plenitude.

So, when Hugh says he is willing once more to make a place and time for sharing his knowledge, to have available for us all the materials we will need to learn these techniques and processes, to experience the joys and perplexities of working together and attempting to implement the deceptively simple indications for making preparations for field and compost, we might well listen and attend.

Especially because, in just five years’ time, all across the globe farmers, gardeners, growers and soil builders everywhere will be celebrating the hundredth anniversary of that farm event in northern Europe where Rudolf Steiner delivered the series of lectures called “Spiritual Foundations for the Renewal of Agriculture” to about fifty farmers and other interested persons. Over the course of a week in June 1924, he offered to them the principles of using on-farm, human, animal, plant, and spiritual resources as a way to feed one’s fellows, heal the earth, and become more human. 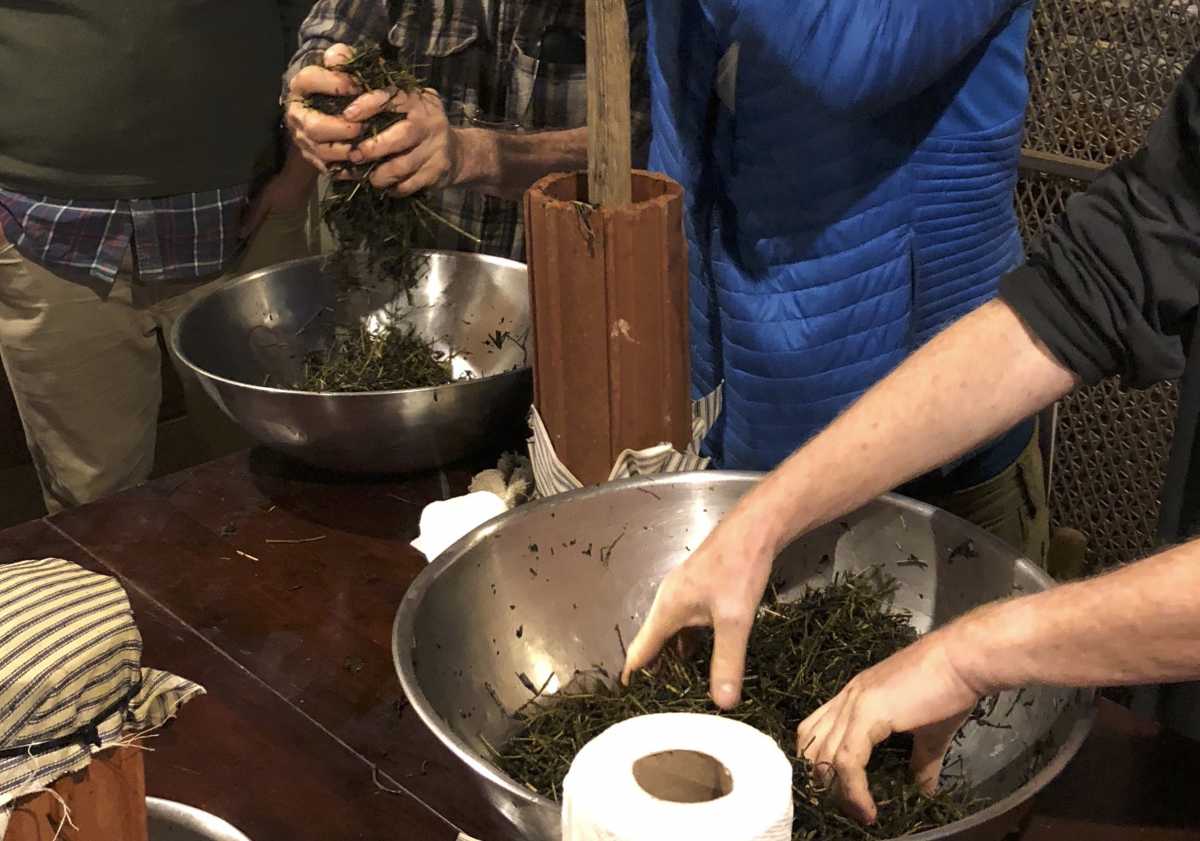 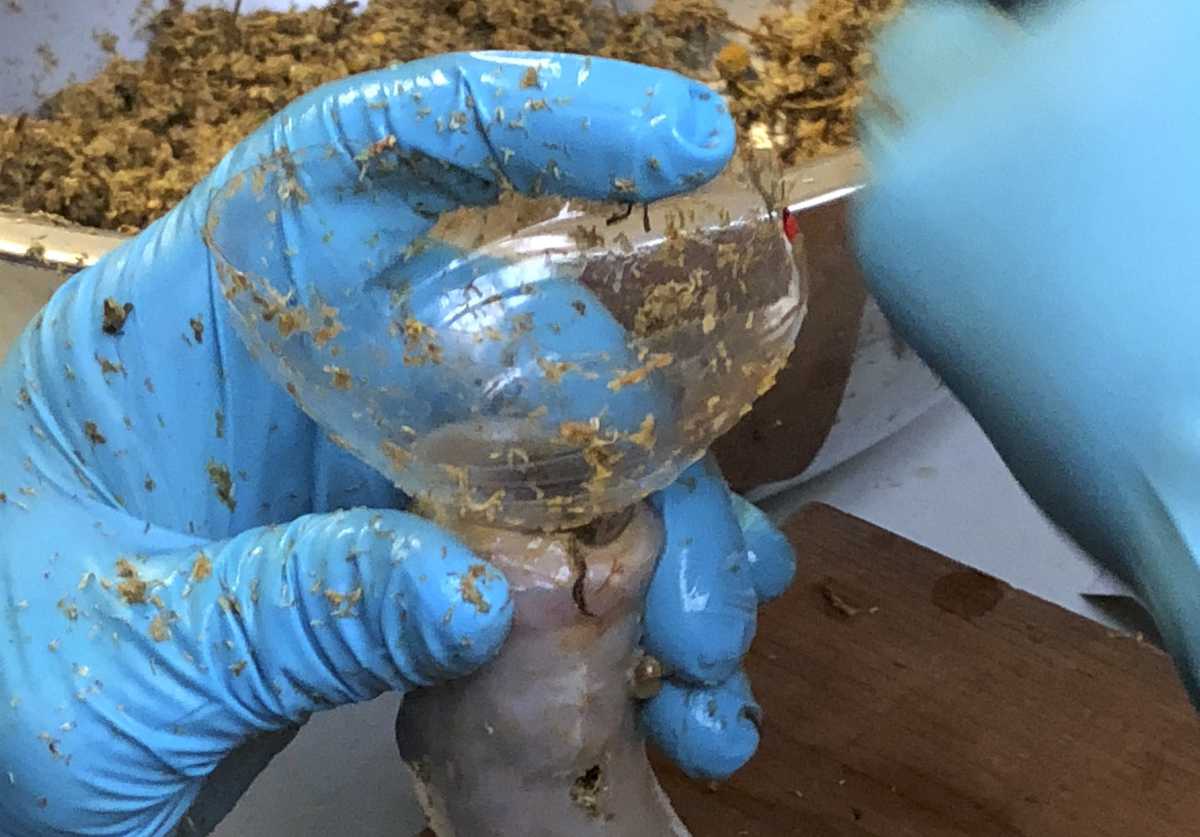 In the Biodynamic Association’s recent visioning process, which yielded a host of future conditions to celebrate during the 2024 centenary festival, there is specified: “Increase the availability and widespread use of preparations”. To meet this goal, we must make a start this year and next if we wish to have plenty of preparations to share with our compost piles and gardens and fields, and to share with our friends and neighbors, too, so that we may see a future world of health, sanity, and spiritual understanding, so long anticipated, that might then be coming more fully into view.

If you are interested in sharing this time with Hugh on the farm, please see earthlegacyagriculture.com, or call 276-229-9536 or email hughjcourtney@gmail.com for details.

The generosity of an anonymous donor has made possible partial to full tuition scholarship assistance to farmers, gardeners, and preparation makers seeking to enhance their biodynamic practices. Tuition scholarships up to $150 for the June 22-23 workshop and up to $600 for the October 29 - November 3 practicum are available. Especially welcome to apply are both experienced and new practitioners who will use knowledge gained to begin or to expand preparation-making in their home communities. Scholarship information is available by contacting the ELA scholarship committee: mmuellerquilts@gmail.com or 757-378-2687.