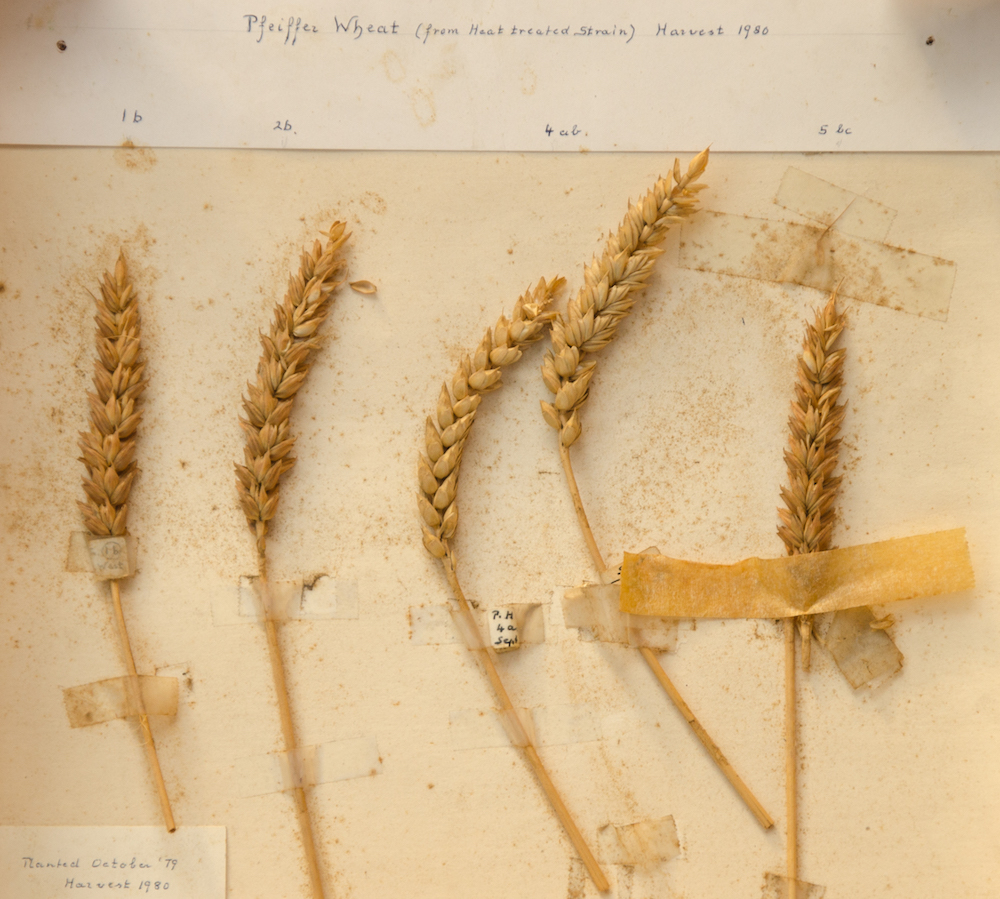 Samples of Pfeiffer Wheat from the archives of Threefold Educational Foundation, parent of the Pfeiffer Center.

In his Agriculture Course of 1924, Rudolf Steiner observed that modern growing practices were reducing our vegetables to “mere stomach fillers,” large and attractive but empty of nutritional forces. Prominent among those foods was wheat, and indeed many believe that today’s widespread gluten intolerance and celiac disease are a result of wheat’s degraded condition.

In 1928, Ehrenfried Pfeiffer selected a spelt (a primitive wheat) from the Rome Botanical Garden. A network of European researchers then set about transforming “Rom” spelt into a modern wheat with ancient virtues. Favoring a Goethean over a Mendelian approach, they followed Rudolf Steiner’s indications by growing the wheat biodynamically, planting seeds under varying conditions and alternating seasons over many years. Careful observation of the resulting grains led to selecting mutations with wheat-like advantages — uniformity and ease of processing — that preserved the original spelt’s nutritional, flavor, and baking qualities.

Pfeiffer brought the fruits of this research with him to the United States in the late 1930s. He died at the Threefold community in 1961, and in the 1970s his colleague Erika Sabarth passed the Pfeiffer Wheat to Paul Scharff and Mac Mead of the Fellowship Community. Mac grew Pfeiffer Wheat at the Fellowship from 1976 until 1995 (working with Erika Sabarth until her death in 1981). In 1994, Walter Goldstein of the Mandaamin Institute in Wisconsin received the wheat from Paul Scharff. He continued to select it for the tougher winter conditions of Wisconsin and for practical production. 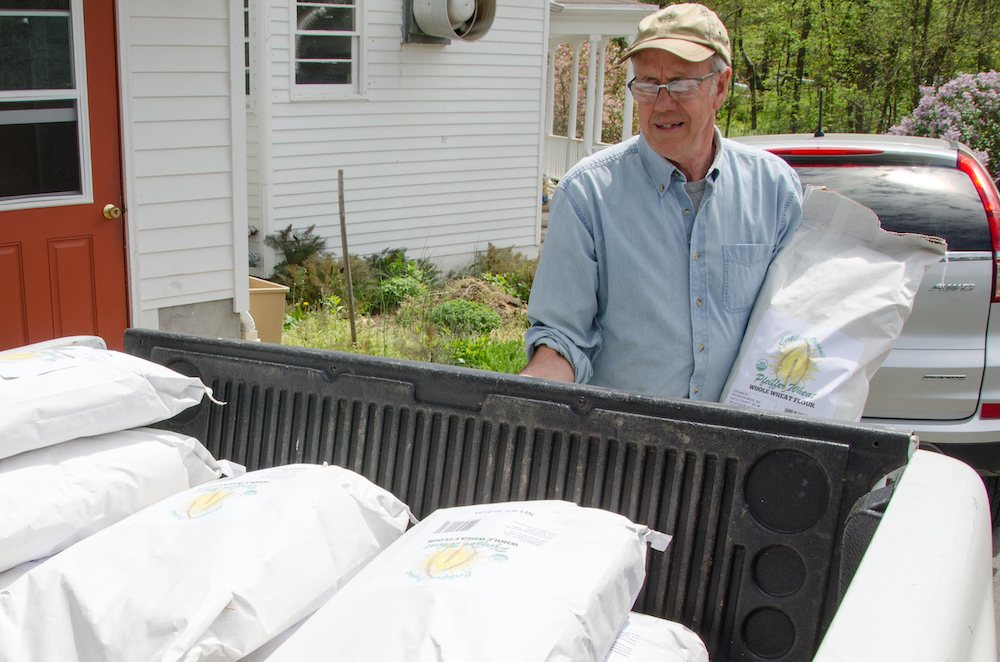 Today, four farms in Wisconsin have grown or are growing Pfeiffer Wheat and working to establish markets for its flour. Proceeds from sales of the flour will eventually support continued research and development, which will involve both perfecting the wheat and educating the public about the impacts of modern, accelerated wheat-breeding practices.

In our neighborhood, Pfeiffer Wheat flour is proudly sold at the Hungry Hollow Co-op and served at Threefold Café, Harvest Moon Café, and the Fellowship Community. Pfeiffer Wheat Flour can be ordered from Pounder Bros. Inc. in Delavan, Wisconsin: telephone 262-728-2256 or email jtdpounder@gmail.com.

All images courtesy of the Pfeiffer Center.

I saw an article about wheat that Abby Porter shared on Facebook  and that this might be a source for the grain grown biodynamically.I want to buy a 50 # bag. I like to freeze it and grind it fresh as I need it. I don't eat much grain.Is it possible to buy it from you or a grower you know?  You can reach me at 302-846 -2571 or  mugwump9@verizon.net  Or sharon @sharonsnaturalgardens.com

Thanks for your help! :)sharon