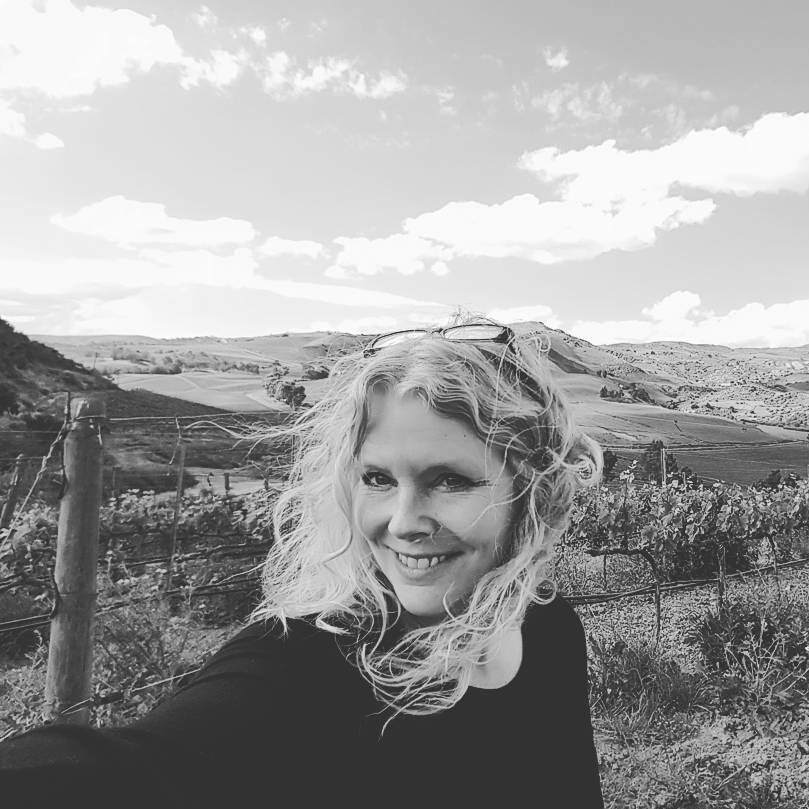 Deirdre Heekin is a winegrower, farmer, writer, photographer, pop-upeuse, and wine educator.  She worked as a sommelier and wine director for over twenty years and was co-proprietor along with her chef husband Caleb Barber of osteria pane e salute  during that time in Woodstock, Vermont.  There she curated the wine program which focused on small producers making organic, biodynamic and living wines.  Her focus of study was Italian wine to meld with Caleb’s dishes and their menus, old Italian recipes that Caleb and she had collected over the years they lived, loved, and traveled in Italy.  Dovetailing with that career in wine education, she began work as a winegrower in 2007, an educational experiment that led her down the rabbit hole of biodynamic viticulture and low intervention winemaking.  While she has always loved educating about wine, she found that this foray into winegrowing brought her home to her vocation.  She officially launched her winery and label la garagista  farm + winery with Caleb in 2010, a small hillside farm and vineyards in Vermont, Domaine de la Forêt,  where she and Caleb farm with biodynamic practices making wines and ciders, and grow vegetables, fruit trees, and flowers.  Their work and the wines have been featured in such publications as Eric Asimov’s The Pour in The New York Times, Newsweek, Bloomberg, Food and Wine, The Wine Spectator, Wine Enthusiast, Wine and Spirits, Boston Magazine, The Boston Globe, Forbes, Esquire, Decanter, The World of Fine Wine, Newsweek, and Punch as well as highlighted in several new wine books about everything from orange wines to natural wines to undersung grape varieties from around the world.

She is also the author of a collection of personal essays about wine and spirits and how they led her to start la garagista: Libation: A Bitter Alchemy, one of the essays being chosen for The Best Food Writing anthology in the year the book came out.  And together with Caleb,  a collection of essays and recipes, the softcover edition titled In Late Winter We Ate Pears: A Year of Hunger and Love.  All three books were published by Chelsea Green Publishing.  She currently writes about wine and farming for such publications as Terre Magazine (now Pipette),The Feiring Line, Fish and Game Quarterly, and The Art of Eating.  She is at work on a fourth book.

For viticulture, she originally studied at the L’Ecole du Vin et des Terroir in Burgundy, a program specializing in biodynamic winegrowing, on a grant from The Vermont Farm Women’s Fund.   She is a graduate of Middlebury College where she studied Film, Theater, and Literature, and later obtained a Master of Fine Arts degree in Creative Writing from The Vermont College of Art.